'The iguana escaped and the monkey peed on me’

What is it like working on the world-famous Royal Institution Christmas Lectures?

In 1825, Michael Faraday decided to launch a series of lectures in the festive holiday break featuring "spectacular demonstrations" aimed at a "juvenile auditory".

The lectures have taken place almost every year since, stopping only from 1939 to 1942, when the Second World War made it too dangerous for children to go into central London. Broadcast on UK television since 1937, the lecture series has been exported to audiences in Singapore and Japan. The theme changes each year, but some of the most memorable subjects have focused on the wonders of life and the science of biology. Here, a selection of RSB members and Fellows describe their experience of delivering or working on the Royal Institution (Ri) Christmas Lectures.

Giving the Ri Lectures was one of the toughest things I have ever done, but also one of the most rewarding and enjoyable. It was basically about homeostasis and the producers expected about one demonstration per minute for five one-hour lectures. Almost 30 years ago now, there was no autocue – it was BBC2 and technology was significantly more limited than it is today.

Unusually, there was filming throughout my preparation for a BBC2 documentary on the making of the Christmas lectures. This followed my many embarrassing meetings with strange animals, demonstrations that didn't work, production meetings (where I told the production team that "I don't like rehearsing", then protested at the end of rehearsals that "we need much more rehearsal"), and the realisation on the morning of the first lecture that the stage manager had been hospitalised and we had to improvise (we did a lot of that).

In the end, the iguana escaped (we never got on) and re-entered stage left, the eagle owl devoured another small participant and the monkey peed on me in the opening sequence. However, those and many other great memories made me love the experience. Most of all, I was delighted by the huge support from so many scientists who gave their time and materials, and the joy of working with the BBC team.

I also had to give the lectures (twice) for Japanese TV, where improvisation rose to a new level.
I have a picture with a young girl who was in the audience. Many years later, her mother sent me a photograph of her graduating from The University of Manchester with a first-class degree in chemical engineering with the note: "You were my inspiration". What better reward?

The opening offer was amazing: a research fellow to take on my lab work, a researcher to support my script writing and even a clothing allowance. Then the sponsors pulled out. Fortunately, the Wellcome Trust stepped in, but there was no budget for the added staff. Meanwhile, the Royal Institution rebuild overran. We couldn't get in to rehearse until the last minute – and did so in the freezing cold and to the sound of pneumatic drills. When we did get in, some props wouldn't fit through doors. On more than one occasion, I had to adapt a script at two hours' notice. 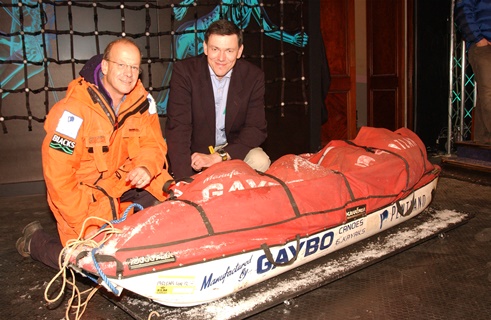 Meanwhile, each of my five one-hour lectures was recorded live for broadcast on Channel 5. That meant advert breaks, so timing had to be absolutely spot on. I lived in fear, having recurring nightmares about an upcoming exam for which I'd not revised. On the upside, the Ri staff were fantastic. David Coleman was an experienced TV director – and not only highly professional, but also a really delightful man. Martin Gorst, Windfall Films' producer, was a really smart and widely read scientist with terrific ideas. And friends rallied around, offering time, kit, ideas and even themselves to help.

The experience itself was wonderful. The audiences were enthused and joyous. Of course, there were glitches. In discussing water content of the human body, a child poured water into a human-shaped reservoir. It leaked all over the floor – the adults (at least) enjoyed the incontinence.

Overall? I feel so honoured to have been asked. The lectures are a special institution of their own. Even in a time of YouTube and Netflix, there is something very different about human interaction and live demonstration. Long may they continue. 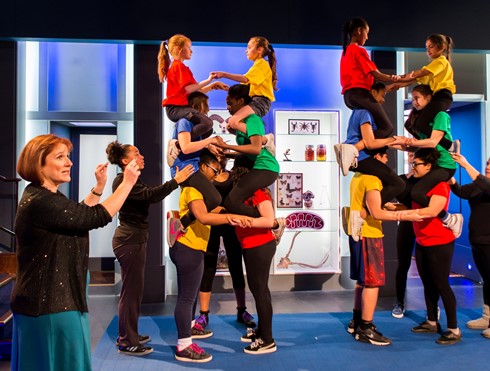 The Biologist's Professor Alison Woollard delivering the 2013 lectures, on development.

My 2013 lectures were on the subject of developmental biology, the extraordinary complexities of life from egg to grave. It was a huge task, as in order to understand anything about development, you have to understand a lot about genetics, molecular biology and evolution, each of them huge subjects in themselves.

Dr Andrew Beale (coincidentally the author of this issue's article on sleep) was my assistant for the lectures and we recently discussed our collective memories.

Andrew: "One of the things I've always wanted to ask you is did you at any point think that we wouldn't be able to pull it off?"

Alison: "Yes and no. As the deadline and filming loomed, I have to admit I was a bit worried. As a scientist, I am used to planning and organising things well in advance. Backstage, however, we had a few things that we were working on right up until the day of filming. But I took heart from colleagues at the Royal Institution who'd been there and done it all before. They were so confident that it was hard to be doubtful. What was your favourite bit?"

Andrew: "Well, for me, it had to be talking to Darwin – played by an actor and transmitted through some weird 'prism from the past'. And being able to show nematode embryonic development live on television – I was extremely proud of that. How about you?"

Alison: "Getting the cavefish on to TV so soon after finishing my PhD studying them was a proud moment. I'd come to love those little fish. But my favourite bit was seeing the demos we'd worked so hard to get scientifically correct and easily accessible – like 'cracking the DNA code' and 'natural selection live' – work in real time and with members of an audience we'd never met before.

"So I think we'd both agree that doing Life Fantastic was a truly amazing experience, a bit of an adrenaline ride and utterly exhausting. But would we do it again? Yes, in a heartbeat."

The Christmas Lectures are great for demonstrating the breadth of science and, while I wouldn't say one discipline is better than another, biology and the life sciences are always popular.

My favourite demos are ones where we get a visible 'wow' reaction from the audience. In the 2011 lectures, Professor Bruce Hood tried out a dramatic demonstration during which we could hear the brain of a locust working; the amplified sound of a key neuron firing in response to nearby movement. The young people in the audience were sitting on the edge of their seats and the Christmas Lectures started trending on Twitter.

Every year, different topics bring different challenges. For Sue Hartley's lectures in 2009, we had to start growing plants nine months before the lectures were broadcast. And it's a lot trickier working with live animals, as Sir David Attenborough recalls of his 1973 lectures. His were broadcast live and there's some wonderful archive footage where he admits "I don't think it's going to work ... I don't think it is". And then, "you know, I never liked mice".

I've worked on 17 Christmas Lectures series and there's a massive amount of work done behind the scenes to make them 'all right on the night'. As soon as one series has been broadcast, preparation starts pretty much straight away for the next. We try to find a topic that feels contemporary and relevant to people's lives and, in particular, the interests of young people.

Choosing the lecturer is driven by the topic, and we're looking for someone who is much more than just a leader in their field. They need to have something interesting to say and have prior experience of public engagement. They also need to be comfortable speaking to camera and in front of a live audience, as both are very different skill sets.

I am really excited that this year's lectures (Sophie Scott, below) have got that perfect marriage of topic and lecturer. 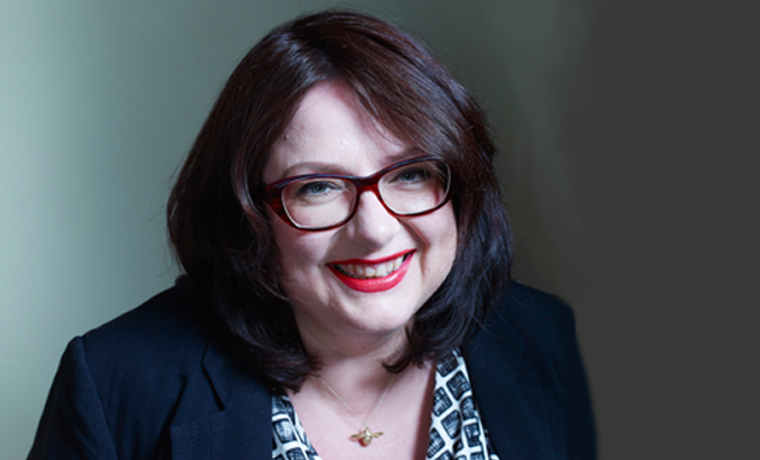 Being invited to give the Royal Institution Christmas Lectures was one of the most exciting moments in my entire life.

I was an enormous fan of the lectures as a child – they were very important to me in both feeding my knowledge of science and in making me realise that real people did science. There are not many things in life that one can point to and say "that's part of who I am". So being asked to do the lectures is a tremendous honour, and incredibly exciting, as well as somewhat daunting – you want to do it as well as you can.

In my lectures we will be considering different methods for communication found throughout nature. And hopefully we'll be able to use lots of different demonstrations and maybe even one or two performers to help us explore the different ways that we communicate.

It's been really interesting for me because a lot of my research speaks to this topic, but we've also been extending it into areas that are very new for me, so I've had a chance to read around papers I probably wouldn't normally be exploring. Ultimately I want children watching this to have their curiosity engaged with the idea of scientific research as much as mine was when I was watching the Christmas Lectures in the 1970s.