Edward Lear, best known for his literary nonsense and limericks, was also one of the finest natural history illustrators of his era and helped classify several species. Natasha Little spoke to the author of a new biography on the famous eccentric to find out more

'Like everyone who comes to Edward Lear's natural history paintings after his nonsense poems, I was completely bowled over," says Jenny Uglow, whose new biography, Mr Lear: A Life of Art and Nonsense, explores the many sides of this unique and fascinating man.

According to Uglow, what Lear most wanted to be known for was his paintings. "In his diaries," she explains, "he doesn't mention his nonsense." Some of the country's best-loved poems – The Owl and the Pussycat, The Courtship of the Yonghy-Bonghy-Bo – "seem to have floated from him without effort," she says. And their popularity took him by surprise.

As a child, Lear was fascinated by plants and animals. The youngest of 11 surviving children (out of 21), he created beautiful botanical notebooks with his sisters. He recalls marvelling at his father's friends' cabinets full of insects and reading Darwin at a time when detailed natural history writing was first exploding in popularity.

As a teenager, his quiet eccentricity and love of art and nature led to him being taken under the wing of prestigious scientists such as Prideaux Selby and William Jardine. He often drew from their private collections and eventually illustrated their work. When forced to leave the crowded family home with his sister Ann, Lear illustrated Edward Bennett's London Zoo guidebooks to make ends meet. 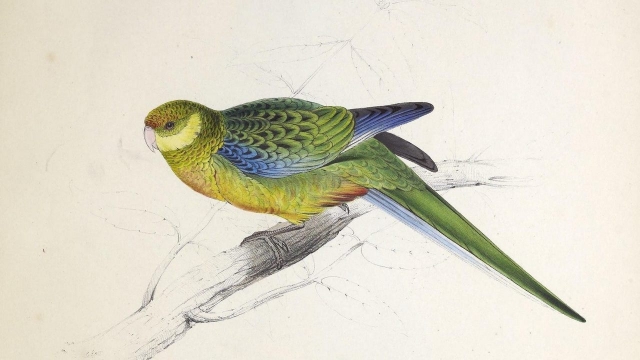 Inspired by the zoo's collection, he ambitiously decided to self-publish the first folio-sized book to focus on one type of animal, Illustrations of the Family of Psittacidae, or Parrots. Lear measured wing span, length and legs while the zookeeper held the bird still. He then chose their most defining poses, perched on branches, preening, nodding and blinking at him. This was done at a time when natural history drawings were traditionally made in profile from stuffed specimens.

"Lear made countless rough drawings and detailed notes in order to capture the natural arc of movement, the tilt of heads, the smallest gradations of colour and texture, with painstaking accuracy," says Uglow. The publication of Parrots was a turning point in ornithological illustration and led to his election to the Linnean Society as an Associate at just 18 years old.

"Lear's beautiful illustrations are very far from mechanical tasks," says Uglow. "His use of free line and movement, preferring to draw from life, convey the distinctive nature of individual species and even individual animals."

Although he didn't have formal scientific training, Lear's many hours of observation made his paintings incredibly biologically accurate and he became highly knowledgeable.

"When illustrating Thomas Bell's History of Quadrupeds, he describes skeletal and muscular observations and sometimes alerted other artists to their representational errors," says Uglow.

In an era when James Cook and other voyagers were bringing back countless species to be categorised, "system was king" she explains. "Passionate devotees worked to keep pace, diligently labelling species, trying to tie down the profusion, grotesqueries and marvels of the natural world." 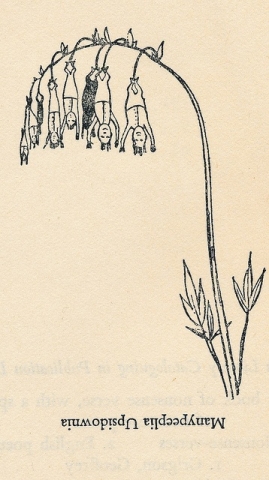 From his unique perspective, Lear was able to parody the wealthy naturalists and their austere species descriptions. He also ridiculed their exaggerated passion for flowers – in an early nonsense rhyme, a flower-lover's waistcoat matches his lilies and rouses a swarm of bees:

Lear imagined his own fantastical species arriving on ships from around the world. Invoking how incredible new scientific discoveries must have seemed at the time, he wrote Nonsense Botany, a surprisingly scientifically plausible book. "He often described his curious plants and animals along recognisable species distinction lines, including organic structures, environments and habits," Uglow writes.

The Biscuit Tree
When the flowers fall off, and the tree breaks out in biscuits, the effect is by no means disagreeable, especially to the hungry.

Extract from The Quangle Wangle's Hat
And the Golden Grouse came there,
And the Pobble who has no toes,
And the small Olympian bear,
And the Dong with a luminous nose.
And the Blue Baboon, who played the Flute,
And the Orient Calf from the Land of Tute,
And the Attery Squash, and the Bisky Bat,
All came and built on the lovely Hat
Of the Quangle Wangle Quee.

Back in reality, Lear's ability to observe and describe animals and plants led to his discovery of several new species, which were named after him, such as Lear's macaw (Anodorhynchus leari), a large all-blue Brazilian parrot.

He retained his love of exploration, botany and ornithology throughout his life. "Wherever he travels, it's as if he inhabits a middle layer, creating art and poetry about the plants at his feet (often describing the fields of juniper) and the sky full of his beloved birds."

Sir David Attenborough, who collects Lear's work, has said that the first owl that lodged in his mind was that from The Owl and the Pussycat. "However, the reason Attenborough has such admiration [for Lear] is due to his subsequent discovery of Lear's natural history paintings, which he thinks are the finest of the time," explains Uglow. "The fact is these are scientific illustrations. The artistic elements, such as his unique sense of imagination, and his love of colour and line, all contribute to what makes them unusual and brilliant biologically.

Mr Lear: A Life of Art and Nonsense is available from Faber and Faber