Are our memories formed by an ancient virus?

Arc, a key protein in memory formation, looks and behaves like a retrovirus, moving RNA between cells in a virus-like capsid. Elissa Pastuzyn explains how this extraordinary protein ended up in our genome

Understanding how memories are formed and stored is one of the great enigmas in neuroscience. After more than a century of research, detailed knowledge of the mechanisms of memory formation remain elusive.

In the past decade, memory research has been advanced by the study of neuronal engrams, or networks of neurons that are incorporated into a memory. In particular brain regions associated with memory, a neuronal engram is theorised to consist of a subset of neurons within that brain region that is uniquely activated by a behaviour that leads to memory formation.

For example, when mice are trained on a simple, initial behavioural task, a certain subset of neurons within a specific brain region will become activated. Genetic techniques can be used to ‘tag’ this network of neurons.

Given the vast number of neurons in the brain, the potential combination of neurons that could make up separate memory engrams is virtually limitless. So the question that is key to our understanding of the mechanisms of memory formation is: what causes the incorporation of one neuron, but not another, into memory engrams?

Research has demonstrated that certain proteins can ‘prime’ neurons for incorporation into an engram[2]. Neurons that naturally express more of these proteins are frequently found in memory engrams for a behaviour. Artificially inducing more of these substances to be expressed can encourage neurons to become part of an engram.

One substance in particular that was found to be important for priming neurons for engram incorporation is known as Arc[3]. This protein is induced rapidly by neuronal activity and regulates levels of receptors at synapses that are critical for synaptic function and neuronal communication.

Mice that genetically lack Arc protein are unable to form memories that last longer than the course of a behavioural training session (known as long-term memories), although they can learn normally at short-term time scales. Although these experimental findings suggest that Arc is an important piece of the memory puzzle, the mechanisms that regulate Arc at the cellular and molecular level remain unclear.

Recently, research I conducted in the laboratory of Dr Jason Shepherd at the University of Utah[4] revealed something very surprising: Arc structurally and functionally resembles a retrovirus such as HIV. This is the first time a neuronal protein, much less one underlying a process as crucial as memory formation, has been shown to have a viral structure. Evolutionary analysis from our laboratory showed that Arc protein is distantly related to a class of retrotransposons that also gave rise to retroviruses such as HIV. 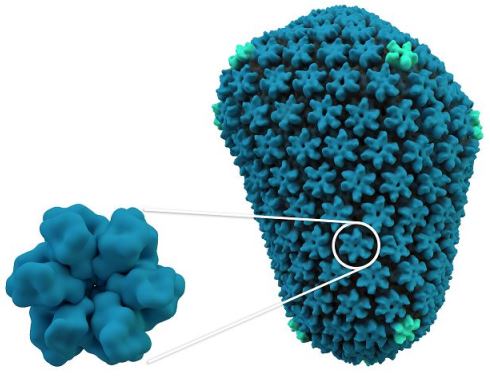 An HIV capsid, which protects the viral genome and delivers it into infected cells. Like the Arc capsid, the HIV capsid (right) is made from multiple units of a single protein (left).

Retrotransposons are sequences of DNA that can enter host cells and produce RNA, which is then turned back into DNA and inserted into the host cell’s genome. Similarly, this is also how retroviruses are able to use host cells to produce many copies of their own viral genome, which can then be spread to other cells through infectious particles. While retroviruses are often deadly to the cell, retrotransposons themselves are generally not toxic and, in fact, nearly half of mammalian genomes are thought to be derived from ancient retrotransposon gene insertions. An emerging theme in evolutionary biology posits that these random gene insertions provide new source material for new genes.

Our research suggests that Arc is related both evolutionarily and structurally to retroviruses, but does Arc also function like a virus? Amazingly, this research on Arc has revealed a new mechanism of neuron communication in addition to the neurotransmitter-synapse system that has been know about for centuries. Arc forms structures (capsids) that resemble viruses, but can contain and transport RNA. Beyond just encapsulating its own RNA, Arc capsids can take up seemingly any abundant nearby RNA, a process that has also been shown to occur in retroviruses. So, just like viruses, Arc capsids encapsulate and protect RNA.

Another defining characteristic of viruses is that they are able to escape from host cells in order to deliver their material to other cells. Arc capsids contain RNA, but an important question was whether Arc capsids could be released from cells and subsequently taken up by other cells. 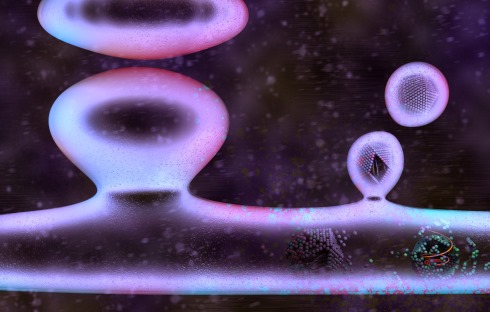 Could the release of RNA from neurons through Arc trigger changes in gene expression in neighbouring neurons?

To study this, extracellular vesicles from normal cultured neurons were applied to cultured neurons that genetically lack Arc. Amazingly, the recipient neurons were then able to express both Arc RNA and Arc protein (see image, below). The recipient neurons were even able to use the transferred Arc RNA to synthesise new protein that was distinct from that transmitted by the donor cell. These findings suggested that Arc capsids are not acting like foreign invaders, but instead transmit cargo that can be utilised in recipient cells. The Arc RNA contained in Arc protein capsids is not just carried around with no function, but is actually available for translation into new protein in recipient neurons. 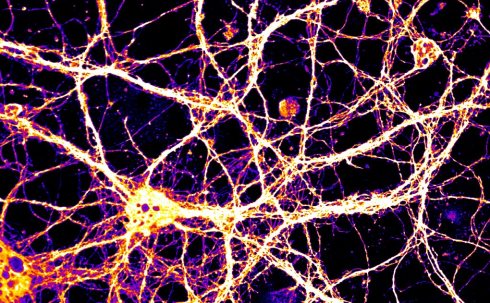 Many of these findings were corroborated in an accompanying study from the laboratory of Professor Vivian Budnik at the University of Massachusetts[5], but Budnik’s study focused on Arc in the fruit fly Drosophila melanogaster. Evolutionary analysis showed that fly Arc and mammalian Arc arose from the same retrotransposon family, but are otherwise quite distantly related. The structure of the Arc capsid and the ability to encapsulate RNA was clearly beneficial to cells, and convergent evolution has produced these features of Arc in both flies and mammals.

Arc may have its roots in retroviruses, but it has evolved to mediate a novel form
of communication between neurons. Interestingly, Arc is not the only protein that may have viral characteristics. One study found that there could be potentially hundreds of human proteins that may be similar structurally to retroviruses[6]. This further implies that retrotransposons, besides being simply random genome insertion events, are actually evolutionarily selected as beneficial to the organism.

The exact function of this cell-to-cell transport remains to be determined. Neurons are able to effectively communicate with and activate each other via chemical neurotransmitters at synapses, so it is unlikely that Arc capsids would be used for this purpose. Release of a capsid from one neuron and subsequent uptake of the capsid by another neuron would require a great deal more energy than synaptic transmission. 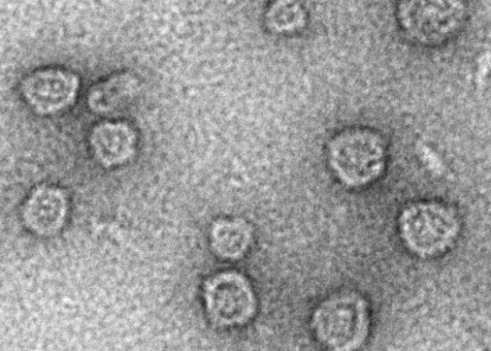 A field of Arc capsids imaged with electron microscopy

Instead, we hypothesise that a purpose of Arc capsids is to transport cargos such as RNA. In this way, one neuron would be able to directly influence the expression of genes in a nearby neuron, leading to changes in proteins that would affect overall function of the neuron.

In terms of memory engrams, Arc’s critical role in memory consolidation may be at least partly due to its ability to move from cell to cell. We are just starting to think about how Arc might regulate which neurons in a brain region are made part of a memory engram, but it could look something like this: a subset of ‘master’ neurons that are activated by certain activity synthesise Arc protein, which encapsulates RNA and transfers this to select neighbouring neurons in order to alter gene expression in these neurons and therefore promote incorporation into an engram.

If this hypothesis proves true, many exciting questions remain, such as what makes a neuron become part of an engram for one memory, but not another, and how Arc capsids would then be able to specifically target those neurons.

There is still much to be learned about Arc capsids, but this research has certainly brought a whole new perspective on neuronal communication.

Elissa Pastuzyn is a postdoctoral fellow in the Shepherd Laboratory at the University of Utah.