"It's a Wild West online"

Tom Ireland talks to author and broadcaster Angela Saini about the biology of race, and why she is lobbying for regulation on how scientific information is shared online

Angela Saini’s critically acclaimed book Superior: the Return of Race Science was named on dozens of book-of-the-year lists in 2019, including Nature, The Guardian, The Telegraph, the Financial Times and The Sunday Times.

The book explores the history of the concept of race, and shows how much of modern research, especially genetics and medicine, is still based on biologically meaningless racial categories. The book also revealed how the continued use of these categories in life science is unwittingly providing extremists with material to support their claims that some races are superior to others.

Superior was Saini’s second book on how biases can persist in and be perpetuated by science, following on from Inferior: How Science got Women Wrong in 2017.

Siani moved into journalism after studying engineering at Oxford, eventually specialising in science journalism. She has since won numerous national and international journalism awards, and recently presented a Radio 4 investigation into online pseudoscience, The Misinformation Virus.

She is now leading a group calling on the Government to include scientific disinformation in proposed regulation of social media.

TI: What inspired you to look into these difficult topics on the persistent and complex biases within and around science?

AS: At the beginning of my career, I wasn't a science journalist, I covered all kinds of things like crime and politics. When I decided to focus just on science journalism, the investigative aspect – trying to root out errors, mistakes, fraud, and wrongdoing was really high in my mind.

I fell into bias in particular when I was asked to write a story on the menopause around 2014. Much of the journalism I'd done was about engineering and physical sciences, so I wasn't used to writing about biology.

What surprised me was just how much people's perspectives in academia can shift, depending on who they are. Men and women can have different perspectives on the same evidence, the same sets of data. If science really was this perfectly objective rational endeavour, then we shouldn't be seeing that. That's what really fascinated me.

There's a line in Superior that is quite central to Inferior too; you write that “the way new research is interpreted is always at the mercy of old ideas.” What do you mean by that?

I think in Superior particularly, I wanted to explain to people that history matters much more profoundly than we think. With all ideas, however empirical our approaches may be in an experiment or study or piece of research, the questions that we ask and the way that we frame our experiment is guided by what came before. And we know that in the past there were huge mistakes made.

I think race science is such an obvious example – eugenics was a set of ideas that was not at all scientific, at its core it was deeply prejudiced and biased to sure up certain political ideas. And yet that body of work is still influencing how some researchers, in fact I would say many researchers, still think about human difference now.

When I was studying at university we learnt hardly anything about the history of science or engineering – I think it was one essay I was expected to write in four years. And there are still scientists I meet who are ignorant of the history of their own field, or the context in which they're doing their research. I think that's deeply dangerous because then we're doomed to replicate the mistakes of the past.

Was there one idea or statistic that really shattered the idea of there being biological differences between races for you, either before you started writing the book or in the course of your research?

I wish there was because then it would be so much easier to explain this to people. I could say we are more homogeneous genetically than chimpanzees as a species, or I could say the bulk of human genetic difference lies within these racial groups, rather than between them… But none of these things are a nail in the coffin that ends this debate.

I can't tell you how many times people have asked if there is one killer statistic that will explode the whole thing, but there isn't. It’s difficult, because the fact is that human difference does exist. It manifests in quite subtle ways, and some of those ways may seem to correlate with the social categories that we use. Explaining that and distilling that is quite difficult.

When I wrote Superior I did have some commitment to the idea that there is some basis to race, although it is not completely borne out by biology. And what you see when you look at all the evidence in totality, and understand the history and context to these ideas, is that even that probably isn't true. But it takes a long time to get your head around that.

Do you think collectively, biologists have failed to communicate how human populations that superficially look different really relate to one another?

There was a recent article about Superior which described it as naivety. I think that's probably what it is, that scientists show a degree of naivety about how their research will be interpreted.

They fall back on social categories when they describe groups of people because we collect data along those lines or because it is convenient, or because they know people like to read these things. But this only reinforces in the public imagination that these categories of human are real.

So even though pretty much every geneticist I speak to tells me that race is a social construct, and these categories have no biological basis, they still keep using them. It’s really just expediency, because we have no other language to describe how to map human differences. We all still fall into this trap. 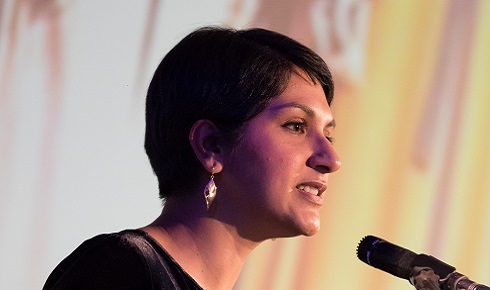 What would be a more sensible way for researchers to group or compare populations?

I've been having a lot of conversations about this with universities, funders, geneticists and academics since Superior first came out, but I don't think there are any answers as yet.

There's a willingness to change frameworks and language around these things but it is difficult to move away from categories when some fields, like population genetics, are so deeply wedded to categories. Do we move to different categories, or could you use numbers to describe groups so it is less incendiary when research is being interpreted? That's an option.

In the book you looked into the journal Mankind Quarterly, which supposedly publishes peer-reviewed science on human diversity but has a clear focus on promoting the idea of biological races. How many other journals do you think are out there with a similar agenda, and do any operate through mainstream publishers?

It is an issue. I didn't dive into it too much but there's a huge amount of reporting still to be done on this. Many of the people who've contributed to Mankind Quarterly have also been published in mainstream journals with major publishers. When I reported it to those publishers their response was quite disturbing.

It's really worrying that people who have very poor academic credentials or in some cases don't have any academic affiliation are still entertained by mainstream publications. All of us should be held to a certain standard, whatever our political views are, and there are people with very extreme political views who are not being held to those standards. That, to me, is a real failure – it gives them some credibility.

…And because of the internet, it’s easier than ever to spread misleading ideas and pseudoscience – a subject you recently explored in the Radio 4 programme The Misinformation Virus. How do you think the boom in digital media has affected how science is communicated, understood and used by people?

I think it's devastating. In our everyday, physical world, we have so many guidelines, standards, laws and regulations around what you can print and what you can't, what is acceptable and what isn't. And as we migrate online, hardly any of those standards or regulations exist – it's a Wild West.

I have very quickly learned to trust hardly anything I see on social media anymore, even if it's shared by someone I trust – so often it turns out to be false.

With the Australian wildfires at the moment, a journalist found most of the information being shared, even by major media outlets, was not accurate. I think we need to be really careful and that regulation is needed.

Although I absolutely have a commitment to freedom of speech, in the press we have laws and standards and I just don't see why we don't online. I got very heavily trolled when Superior came out – there was a huge campaign by white supremacists and neo-Nazis to try and attack and discredit me, involving my family, and I realised it’s time to do something about this.

That’s why in the summer I put out a call for people who wanted to look at this topic – scientists, people in politics, journalists. We have a lovely team of people now and we've been coming up with strategies to try and deal with it. One is to lobby government for regulation. The government is already planning to bring in regulation of social media and we want scientific disinformation to be part of that. 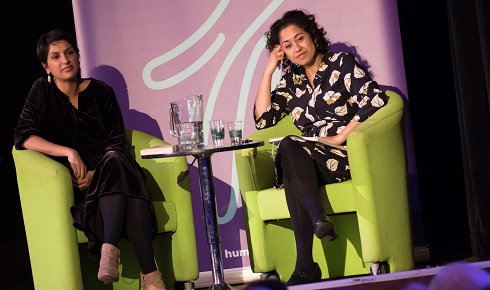 You've looked critically at science and the way science is communicated. So the big question is, how can science, and particularly life science, do better? So it is heard loud and clear amid all this misinformation, yet isn’t exploited and used to reinforce existing agendas?

I think we need action on many fronts. One which is completely doable is to have scientists trained in the history of their field from a very early stage. Not one lesson in ethics but having history and social context at the heart of the science that we're trying to do, so we understand where ideas come from.

Secondly I think scientists need to keep engaging with the public, sharing good results when they come out. I know that can be very tough sometimes. I think we need better standards, to make sure that poorly presented papers or poor scholarship doesn't get published. I'm working with journal groups at the moment on that problem and they're looking at it in a big way, all over the world.

But I think first and foremost, one thing I desperately want this year is to try and get the government to include scientific disinformation as part of their regulation of social media.