Is prejudiced language getting in the way of sound ecological decision-making?

In 2019, as the Government was drawing up plans for the UK to “take back control of our borders”, British MPs called for a “citizens’ army” to tackle the “growing threat from invasive species”.

The use of aggressive and even militant language to describe introduced wildlife spans the full spectrum of Britain’s press – The Guardian’s headlines have included “Invasive species: attack of the aliens” and The Sun has spoken of plans to “blitz” non-native species.

By branding species as invasive aliens, it is self-evident that they are undesirable. In some cases this is undeniably true: introduced species have caused havoc in many ways. However, most introduced species have expanded local biodiversity without discernible negative impacts[1].The horse chestnut and the little owl are just two examples that have become an accepted part of Britain’s wildlife.

Some introductions bring benefits – the Louisiana crayfish, for example, is now a food source for native birds in Spain, and the Japanese white-eye is a pollinator in Hawaii, replacing the role of extinct birds. In many cases there have been both advantages and disadvantages to the new arrivals – plenty of introduced species have become valuable food sources while simultaneously causing problems such as bank erosion, from tilapia fish in Papua New Guinea to signal crayfish in Sweden. 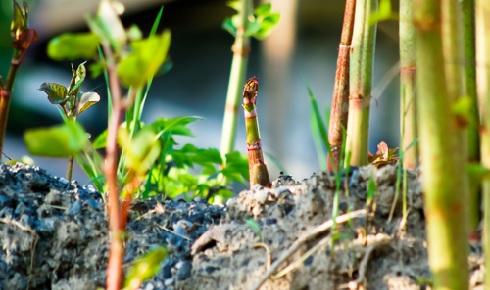 Japanese knotweed - generally seen as one of the most troublesome invasive species in Europe. The cost of efforts to control its growth in the UK are thought to have run into billions of pounds. However, most non-native species expand local biodiversity 'without discernible negative impacts', says Nesbit.

The language of war masks these nuances. It speaks more of ideologies about where each species belongs than protecting nature, with worrying parallels to xenophobia.

Negative labels are also assigned to species that have become common or successful within their native range. Species of plants or animals whose numbers are inconvenient for any reason are ‘weeds’ or ‘pests’. These are often successful generalists with the ability to adapt to a wide range of environments, just like humans.

The dandelion, for example, is common throughout the world in seemingly inhospitable habitats, but is rarely acclaimed for its beauty or the insects it supports. The label of ‘pest’, meanwhile, diminishes care for animals’ welfare and can encourage or glorify their killing. In New Zealand illegal drownings of possum joeys have now been stopped, but people still compete to kill as many possums as they can.

There are important reasons to reduce the numbers of certain species; culling can prevent species extinctions, for example, or extensive damage to crops and woodland. However, branding the animals ‘pests’ doesn’t mean we can dismiss the harm we are causing them as irrelevant.

Even seemingly innocent terms can imply certain values. ‘Pristine’ and ‘healthy’ ecosystems, for example, can suggest there is a correct way for nature to be that does not involve humans. In a changing, overpopulated world, that’s an idea we need to question. 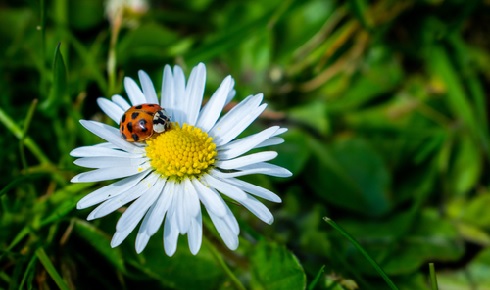 Even seemingly positive terms, such as 'pristine' ecosystems, can be unhelpful in discussions about our relationship with nature.
Using value-laden language can get in the way of making decisions based on evidence and compassion. As scientists and as messengers about science we must all be aware of how we present conservation challenges.

Let’s replace emotionally charged descriptions with factual alternatives – for example, species are ‘expanding their range’ rather than ‘invading’, and the citizen’s army are ‘volunteers’, not ‘soldiers’. Let’s think about how the language we use drives our attitudes and whether it stops us from adapting to the reality we face.

Dr Rebecca Nesbit is an ecologist and author.