Each year the NC3Rs recognises research that advances or has potential to advance the replacement, reduction or refinement of animals in research. For only the second time in 15 years, this year’s International 3Rs Prize has two winners.

What does award-winning 3Rs research look like? As well as providing a tangible benefit to animals in research, it must be highly original and innovative, improving on the gold standard in any field of medical, biological and veterinary research. Many such advances can be applied far beyond their original remit to other models, disciplines or fields of research.

For example, in 2012 Professor Donald Ingber from Harvard University’s Wyss Institute was awarded the 3Rs Prize for a paper describing an in vitro lung-on-a-chip model that could ‘breathe’, recreating how lung tissue physically expands and contracts during respiration without the need for animals. He is now working with academic and industrial partners to create organ-on-chips for other major organs, including the liver, bone marrow and intestine.

In 2013 Dr Meri Huch from the University of Cambridge won the prize for developing a method of growing mouse liver cells in culture for the first time. These ‘mini-livers’ could survive and grow for up to a year, reducing the use of animals. Huch has since shown that human liver cells, including tumours, can be cultured in the same way, replacing the use of animals entirely for some research studies.

Finally, 2016 3Rs Prize winner Dr Joanna Makowska from the University of British Columbia showed how burrowing and rearing, important natural behaviours for rats, are often restricted in standard laboratory cages and how this affects rat welfare. Makowska continues to work on improving housing for laboratory rodents so they can perform natural behaviours while still being practical for animal facilities to implement.

This year the NC3Rs has awarded the International 3Rs Prize jointly to Dr Francesca Nunn from the Moredun Research Institute and Dr Marta Shahbazi from the MRC Laboratory of Molecular Biology in Cambridge. Nunn and Shahbazi join a prestigious group of researchers whose focus on implementing the 3Rs in their research has led to significant advances in both science and animal welfare. 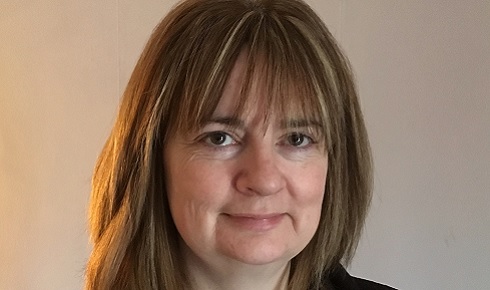 Poultry red mites are blood-feeding parasites that infest hen accommodation around the world, from back-garden henhouses to commercial farms. Infestations have a big impact on both hen welfare and the egg industry. Moderate infestations (up to 50,000 mites per hen) can cause restlessness, feather pecking and cannibalism, while severe infestations (up to 500,000 mites per hen) can lead to anaemia and death. Red mite infestation also affects the hens’ ability to lay eggs, leading to around €230m of lost revenue in the European Union each year.

Chemical sprays are traditionally used to control mite numbers, but mites are developing resistance to these chemicals due to repeated use. Researchers are using two main strategies to try to find a new treatment – either developing new mite-killing chemicals or working on vaccines. Whatever the type of treatment, they’re usually tested first in vitro before progressing to field trials, where they are tested on an infested hen population. However, these trials can have a big impact on hen welfare and use a large number of hens: up to 800 per study, exposed to more than 10,000 mites continuously for as long as six months.

So how can researchers continue searching for new poultry red mite treatments while also reducing the number of hens needed and the impact on their welfare? Dr Francesca Nunn was jointly awarded the International 3Rs Prize for her contribution to an elegant – and deceptively simple – solution to this problem[1].

Through an NC3Rs grant, awarded to Dr Alasdair Nisbet, Nunn optimised an ‘on-hen mite feeding device’ that can be used to test new mite control treatments on a small number of hens before moving to larger studies. The device consists of sealed mesh containing approximately 100 pre-starved mites that is applied to the skin of a hen’s thigh. This prevents the mites from escaping but lets their mouthparts access the hen’s skin, allowing a more controlled feeding. The device only needs to be attached to the hen for three hours, minimising their exposure to the parasites. The mites are then removed from the mesh and maintained in the laboratory to assess mortality rates to determine the effectiveness of the treatment. This concept could also be applied to studying treatments for other parasites such as fleas, lice and ticks. 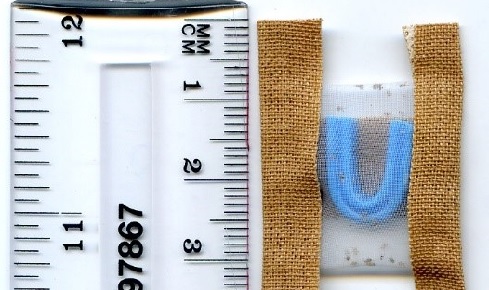 Using the device to test a potential new treatment requires approximately four hens per treatment group compared with field trials, which require 400 hens per treatment group. Since this work was published in Veterinary Parasitology in early 2019, four vaccine candidates and three delivery methods have been pre-screened using the device. None tested had a high enough efficacy to warrant progressing to field trials, meaning the use of more than 5,000 hens was avoided.

Nunn will use her prize grant to optimise the feeding system used in in vitro screening before tests using hens. By improving the reliability of these in vitro tests she aims to minimise the number of in vivo studies being carried out, reducing the use of animals still further. Few think of chickens as laboratory animals, but it shows there are opportunities to apply the concept of 3Rs to all animals used for research. Moreover, it demonstrates that a relatively simple idea can lead to a more robust scientific process, as well as enormous animal welfare benefits.

Embryos under the microscope

Between 10% and 40% of pregnancies end by the time the embryo implants in the uterus[2]. That’s a large range, but it’s about as precise as we can get right now because of how difficult it is to study embryos in this early stage, often referred to as the ‘black box’ of human development.

Illuminating the black box is tough to do with animal studies because they can’t reveal the complex changes happening on a cellular level in utero. This is to say nothing of the 3Rs challenges: these studies rely heavily on the use of genetically modified mice, which require large numbers of animals for breeding. They can also involve performing surgery on the mice under anaesthesia. Not only does this represent a significant animal welfare burden, it also requires a huge amount of time, money and resources.

In vitro studies of embryonic development have traditionally been limited by the difficulty of maintaining embryos beyond the point of implantation. We know that embryonic stem cells are naïvely pluripotent, meaning they have the potential to develop into many different types of cells. After the embryo implants these cells become primed to differentiate. They reorganise themselves to form the amniotic cavity, in which the developing embryo grows. If this reorganisation fails, the embryo won’t develop, but exactly how this process happens isn’t fully understood. 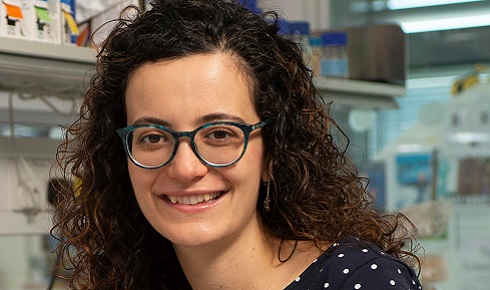 Dr Marta Shahbazi plans to use her 3Rs Prize grant to develop a method for studying human embryos in greater detail while avoiding the use of animals altogether.

Dr Marta Shahbazi and her colleagues previously developed methods to maintain mouse and human embryos in vitro past implantation, and to culture mouse and human embryonic stem cells in 3D. Using these four models Shahbazi was able to mimic the development of the amniotic cavity and explore the molecular mechanisms that link its formation with embryonic development in greater detail than ever before[3]. Through this work she and her colleagues were able to replace the use of 500 mice in their research and avoid the need to create genetically altered mice through extensive breeding, while creating a much more useful model based on embryos obtained with consent from IVF clinics.

The paper describing this work, which was funded by organisations including the Wellcome Trust and European Research Council, was published in Nature in 2017. Multiple groups around the world have used the system to improve their research while reducing reliance on animal models. Now Shahbazi and the team are adding the International 3Rs Prize to their list of achievements.

Mouse embryonic stem cells cultured in a 3D matrix replicate the embryonic processes of polarisation and cavity formation. Yellow: nuclei; magenta: Golgi (used as a marker of polarisation); cyan: actin (used to visualise the formation of a central cavity).

Shahbazi recently established her own group at the MRC Laboratory of Molecular Biology with the goal of investigating how embryos develop in the second week after fertilisation. She plans to use her 3Rs Prize grant to develop a method for studying gene functions in human embryos in greater detail while avoiding the use of animals altogether. Ultimately this prize-winning work won’t just help us learn more about how embryos develop, it will also help to understand why they sometimes don’t, which will have enormous implications for anyone trying to conceive.

Our prize panel members routinely face difficult decisions, but deciding on just one winner for this year’s International 3Rs Prize proved to be one of their most difficult choices. We were delighted to make this decision easier and celebrate the wide scope of 3Rs research by declaring both Nunn and Shahbazi the outstanding winners.

You can hear both discussing their research on the recording of our prize-giving ceremony at bit.ly/VideoNC3Rs

Courtney Williams is the online communications officer at the NC3Rs, responsible for the centre’s website, online resources and social media presence.

Dr Alice Carstairs is a science manager for the research funding team at the NC3Rs. She provides support for the centre’s funding schemes and collates impacts arising from awards.