Mycology is the study of fungi. It is closely associated with plant pathology as fungi cause the majority of plant disease.

Why is mycology important?

Fungi are the primary decomposers of organic material in many ecosystems and so play a crucial part in recycling nutrients and the global carbon cycle. They break down pollutants and the most durable organic materials and have a range of uses such as in medicine and food production. At least 80% of plants rely on mycorrhizal associations – symbiotic relationships between the plant's roots and a fungus that provides the plant with water and nutrients.

What careers are available?

Demand for fungal scientists is quite small but at the same time there is a severe shortage of mycologists, plant pathologists and taxonomists, as all these disciplines are taught less in universities. Still, mycologists can find work in many areas. The importance of fungi in crop growth, plant disease, fermentation and spoilage means there are jobs available in agriculture and the food industry. The unique properties of fungi offer many other industrial applications, such as the bioremediation of polluted land, while medicinal mycology researches potential pharmaceutical uses.

How do I start?

There are no undergraduate courses in mycology in the UK so most mycologists embark on postgraduate research after doing a more general bioscience or microbiology degree. Where mycology is taught as part of a bioscience degree, hospital-based universities tend to concentrate on pathogenic fungi, while others may focus on fungal ecology and plant pathology. Due to a lack of formal training opportunities, academics and employers look for an interest in fungi and a background in plant sciences or microbiology.

Where can I get more information?

The British Mycological Society is a charitable organisation for those working, studying or interested in mycology. There is a strong amateur contribution to the recording, discovery and conservation of fungal species in the UK, with many groups (including the Society's local branches) organising 'fungal forays' into woodland to find interesting or edible specimens. Kew Gardens' fungarium holds 1.25 million specimens and visitors can also see an excellent variety of fungi in its arboretum. UK fungus day is on Sunday 13th October, during Biology Week. 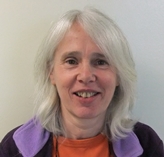 What led you to study fungus?

It was the dry rot fungus Serpula lacrimans – its chords can penetrate brick and plaster. It was then I thought, "hey, these are cool".

I studied biology at Exeter University where the famous mycologist John Webster worked, so many think I became hooked because of him, which is probably true. For my PhD I started looking at the process of wood decay, but I instantly realised we needed to know more about the fungi involved.

I spend my days teaching and doing research. I do lots of outreach work to get people to understand why fungi are important and why they are fun to study. Doing hands-on things in the lab is a rare treat – my post- docs do most of it – but when they go out on field work I always try to accompany them. About 85% of our fungal ecology experiments are done in the lab.

What are you working on now?

I study wood-decaying fungi and fungal communities – they're much like communities of plants except they're harder to study as they're hidden. My work is about what all these species are and what affects how they interact.

Fungal species are great fighters. They fight with each other all the time and I liken these interactions to the Premier League in football. You have your Manchester United fungi, who win most of the time, but sometimes one of the less successful ones beats them. Why is that? Certain environmental changes or the presence of invertebrates or bacteria alter these interactions.

I also work with cord-forming fungi. They don't just release spores and hope they land somewhere suitable, they grow mycelium out of the wood and create long foraging structures that search the forest for more dead wood to colonise. Like mycological motorways, these huge structures can shift nutrients around a forest in a matter of minutes, and actually behave a little like animals – when you compare their growth patterns to foraging patterns of ants or termites they're very similar.

What are the potential applications of your work?

It's blue sky research really – I just want to know how these things work but there are potentially lots of applications. Because they are such good fighters, fungi could be used as bio-control agents to prevent the spread of disease. Plus, they are endangered. I want to find out why certain species are so rare and how we can protect them.

Why are there so few mycologists?

There's a real shortage, caused by several problems. Firstly there are only a handful of taxonomists left in institutions, which, when you have 1.5 million species of fungi and only 100,000 have been described, is disastrous.

We have a couple of flourishing mycology research groups but the number elsewhere is dwindling. People retire and don't get replaced. There are more and more biology degrees where fungal biology is not compulsory and some where you don't get taught any at all, which is really worrying considering how important fungi are.

There are two groups of people in mycology: those who specialised in it after doing a biology degree, but also many skilled amateurs and enthusiasts. We are indebted to them and their discoveries, and taxonomy is often in their hands. Their contribution is hugely important.