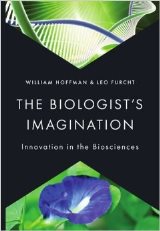 Not so many years ago, biology was the 'poor relation' of the rest of the sciences. Lacking the precision of physics and chemistry, it was 'soft' science, largely observational, qualitative and speculative in its theoretical pronouncements.

But now, this book's authors assert, "biology is the biggest science, with the most scientists, the most funding, the most scientific results, the most ethical significance, and where we have the most to learn, given its billions of years of experimental results". Modern biotechnology, it is claimed, is the exponential driving force of global technological change, productivity and, hence, economic growth.

This exceptionally well researched and engagingly presented account of the growth of biotechnology in medicine, agriculture, manufacturing and pharmaceutical industries is a veritable tour de force. Despite the authors' specialised medical background, important dimensions of their argument –with origins in the history of technology (the Industrial Revolution), the philosophical basis of capitalism (Adam Smith), medieval physiology (epitomised by the University of Bologna) and Darwinian theory – are incorporated with impressive subtlety into their thesis. In essence, their message is that capitalism, entrepreneurship and concentrations of expertise, together with that vital ingredient, imagination, are humanity's only hope to "sustain and revitalise the health and wellbeing of the living systems that support us".

Yet such triumphalism would surely sound hollow to the vast majority of people whose lives biotechnology has not yet reached, or it has affected adversely. Arguably, only an impoverished imagination would appear to pay so little attention to the demands of global justice.