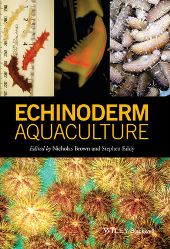 Sea urchins are consumed in various parts of the world, sometimes as a high-status dish in high-end restaurants, sometimes as part of traditional cuisine. Some regions have a long history of gathering sea urchins to eat.

Sea urchins only live in marine waters and are widely distributed in the seas and oceans from the equator to the polar regions. There are about 850 extant species of sea urchin, and at least 17 species are commercially fished. Many species play a key role in the ecology of their environment.

A reduction in the number of predators can cause sea urchins to overgraze vegetation and create 'urchin barrens'. This fundamentally changes an area's ecology and reduces local biodiversity. If, conversely, they are removed from an area by overfishing, their population can take a long time to recover. It is important to maintain a sustainable environment for sea urchins where they are taken from the wild. Aquaculture can be used to produce sea urchins for food and urchin barrens can be reseeded to help repopulate affected areas.

This book presents a selection of interesting, highly referenced and well-informed case studies of sea urchin and sea cucumber aquaculture. (Sea cucumbers are also used in some traditional medicines and some cultures' cuisines, but sea urchin consumption seems to be more common across the world.) Chapters in the book record details of urchin aquaculture in Japan, China, Norway, the US, Scotland, Australia and New Zealand.