The Ancient Origins Of Consciousness: How The Brain Created Experience 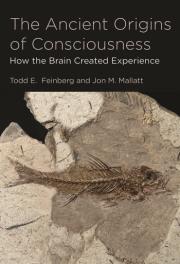 A book with this title inevitably invites scepticism. By its very nature, consciousness is such a personal and intuitive phenomenon that any attempt to define it in objective terms, let alone explain its development, might seem to defy reason.

We are all only subjectively aware of the existence of consciousness (and its alter ego, 'sentience'). And according to current theories of neurophysiology, we could build robots that respond in identical ways to humans to stimuli that affect our sense organs – but without any accompanying 'conscious' sensations.

This is why the so-called 'hard problem' of explaining how mind emerged from physical processes has been declared insoluble by many leading scientists, such as Ernst Mayr, Roger Sperry and Erwin Schrödinger, while from a philosophical perspective it is widely regarded as an ontological non-starter.

However, eschewing such concerns, the authors seek to illuminate the emergence of consciousness by tracing the way in which allegedly 'crucially relevant' features of the human nervous system have appeared in the course of evolution. In so doing, they provide a highly impressive (and superbly illustrated) account of the growth of cerebral complexity, which, conceivably, might be consistent with the emergence of consciousness.

On this basis, they suggest that consciousness emerged 550 million years ago in the Cambrian explosion of animal diversity. That might satisfy 'common sense', but, appealing to Karl Popper's criterion for the authenticity of scientific claims, the theory is unscientific because it is unfalsifiable.