The Many Lives Of Carbon 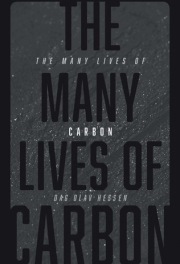 The more we understand about the components and processes of carbon and the carbon cycle, the better we can manage environmental change, so this book is welcome.

It is aimed at a general as well as a scientific audience and has three parts. The first introduces the broad base of carbon compounds in everyday life, including nylon, plastics and so on; the role of fire in carbon cycling; vehicular traffic; and recent discoveries regarding the human genome.

There is also a review of photosynthesis, including its chemistry, physics, history and significance for life on Earth.

In the second part, the emphasis is on the carbon cycle and its geological history, and it considers the various scales at which the many subcycles operate – that is, cellular, organism, microcosm, macroscale and so on. There is reference to the 'Anthropocene' – not yet officially a period of geological time, but a term representing the current age, in which human activity is one of the dominant influences on the climate and environment. This highlights the feedback mechanisms in biogeochemical cycles, both fundamentals of Gaia theory.

The third part is entitled 'The Footprint'. Reference is made to the oscillations of atmospheric carbon through geological time and links with climate change.

Such variations in turn influence the biota through evolution and extinction. Humans, through their harnessing of carbon, especially through food and energy production, also leave an ever-deepening footprint, and one that is increasingly controversial and political.

Throughout this book, there is a welcome acknowledgement of the science and the scientists whose work has contributed to the current understanding of the many aspects of carbon, which is the essence of life. The Many Lives of Carbon is a useful introduction, although additional illustrations would have been beneficial and references would have been preferable to footnotes.