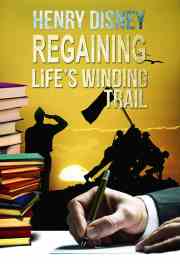 I first became aware of the dynamism that has characterised the life of Henry Disney after I posted him some phorid flies from South Africa and described my observations of their biology. By what seemed to be return of post (this was before email), I had received a fully illustrated manuscript describing new species, complete with the spaces where my observations should be added. With more than 600 publications under his belt, this energy has been a lifelong trait of the author.

Like many, I have known of Henry as the leading entomologist in his field, but this autobiography shows that science has been just part of an extraordinary career and life.

In text supported by poetry, it candidly describes the personal and professional life of a "lapsed atheist" that has taken in conscription ("you are just the kind of person the army did not want"), post-war medical entomology in the tropics, life in the heyday of field centres, the impact of Thatcherite politics, and courtroom dramas involving forensic science.

Contrasting themes include the value and neglect of natural history observations, and that we should stand up to unthinking bureaucrats and circumvent them whenever possible.The proofreading is good, although some formatting is not ideal. The book lacks illustrations and the front cover is a largely irrelevant collection of generic stock images. Few will read every word of this autobiography, but no-one can fail to gain from the insights it provides into the life and times of an exceptional scientist and natural historian.