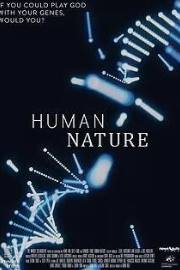 Limited release in cinemas from Dec 6th 2019; available on BBC iPlayer from the 27th Jan.

Billed as ‘the story of the most important scientific discovery of the 21st century’, Human Nature is a feature length documentary on CRISPR gene-editing technology.

At the heart of the film is a young boy with sickle cell disease, whose brutal symptoms and ineffective treatment provides a sense of urgency to researchers' race to ‘fix’ faulty genes.

Scientists and other experts piece together the developments that led to CRISPR gene editing, their words beautifully edited between archive footage, images of cutting-edge science and soaring shots of the natural world. With the help of some effective graphics, the film’s director Adam Bolt artfully captures the work of molecular biologists; avoiding endless shots of researchers pipetting at a bench, but not sensationalising the research process either.

The contributions from scientists are mostly charming and give the hard science a human face, turning two decades’ worth of scientific studies into a compelling and powerful success story. Excitable food scientist Rodolphe Barrangou first studied CRISPR while studying yoghurt, and loves it so much he drives a car with CRISPR licence plates; microbiologist Jill Banfield laughs at how she’ll be remembered for showing CRISPR sequences to gene-editing pioneer Jennifer Doudna; and Doudna is now plagued by dreams about giving the technology she developed to Hitler.

The work of the cheerful Spanish microbiologist Francisco Mojica, who first noticed CRISPR repeats in the 1990s while studying obscure halophile archaea, reminds us of the power of curiosity-driven research.

After the success story, the film moves into darker areas, asking if the technology could really lead to designer babies and the sort of dystopian social engineering imagined in the novel Brave New World. Footage of Russian President Vladimir Putin talking about the possibilities of CRISPR - including gene-edited soldiers who can't feel pain - sends a chill down the spine.

While the contributions of the biologists and bioethicists to these discussions are largely balanced and interesting, some of those representing emerging biotech companies come across as complacent, or naive, and in one case, sinister.

As the possible future uses of CRISPR become more fanciful, the science in Human Nature becomes a bit woolly, like the mammoths that George Church still insists will be un-extinct soon. The film fails to explain the true complexity of some of these ideas and the technical risks of any human applications. It could also be said that generally, the film makes genetics seem more deterministic than it really is, with much of the film assuming a trait is directly caused by just one gene.

Overall, the film is successful in turning the complex, incremental development of gene-editing into a compelling and watchable story. Viewers should feel informed and empowered to understand and contribute to debates around the use of this technology in future. The film’s is due to be broadcast as part of the BBC's Storyville series at the end of the month and it certainly deserves a wider audience than universities and specialist film festivals.

Human Nature opens with grainy black and white footage of Robert Sinsheimer, one of the founding fathers of molecular biology, speculating on how humans may one day master their own genome and even all of life on Earth. The film ends with his prophetic words too, now perfectly plausible, hopeful and troubling all at the same time. The film also returns to the young boy with sickle cells, too, whose views on his human nature are just as surprising and moving as anything else in the film.