Beyond Extinction: The Eternal Ocean 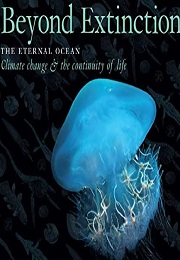 Wolfgang Grulke
At One Communications, £40.00

Beyond Extinction is Wolfgang Grulke’s personal exploration of life in the oceans. It is beautifully illustrated with pictures from his field trips around the world, from sponges that are two metres tall to the intricate detail of a coral skeleton.

The text is full of facts on the wonders of life in the ocean. Tardigrades, also known as water bears, are tiny arthropods with an amazing power: they can shed almost all the water in their body to curl up into a dried husk, and can survive in this desiccated state for decades, with their metabolism slowed to 0.01% of its normal rate.

One clear message is that despite repeated cycles of extinction, life has been remarkably consistent. An incredible 90% of major life forms have existed for more than 300 million years. Jellyfish evolved over 500 million years ago, for example, and two thirds of all snail families survive today. This continuity of life is brought home by Grulke’s comparisons of fossils and living creatures. When photographs are placed side by side, fossils of prehistoric fish show a distinct resemblance to their living relatives. Likewise, the artistic representations of extinct sea creatures reveal clear similarities with the species we are familiar with today.

Having covered topics as diverse as dystopian sea mythologies and climate change, Grulke finishes by asking important philosophical questions and musing over the answers. What are we really trying to achieve through conservation? In the context of the previous five global extinctions, today’s attempts to delay extinctions seem decidedly anthropocentric. Extinction is an essential part of evolution, leaving space for new life. When cyanobacteria flooded the atmosphere with oxygen, this simultaneously poisoned anaerobic life and made the planet habitable for all aerobic life, ourselves included.