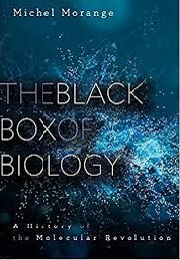 The original version of this book, published in 1998, was greeted enthusiastically as a welcome and definitive review of the science of molecular biology. It described ground-breaking developments in genetics and genetic engineering which subsequently altered approaches to biology and uncovered many secrets of the history of Homo sapiens and its potential future. This new edition reviews and updates the science and its implications and introduces recent developments such as genomics and epigenetics.

Following a detailed introduction, there are four parts. The first two focus on the historical context. In Part One gene exploration, the importance of biology combined with physics, and the development of techniques for gene exploration are reviewed. Part Two highlights major developments including the landmark discovery of the double helix in the 1950s, the subsequent deciphering of the genetic code, and the significance of messenger RNA. Parts Three and Four document how these ‘early’ discoveries have underpinned numerous recent advances. These include genetic engineering, genes and gene splicing plus DNA amplification and applications such as gene therapy. Other advances include the significance of RNA, epigenetics i.e. the complex role of environment in stimulating an organism response without genetic alteration, and the sequencing of the human genome.

Certainly major advances have been made in the science and its applications in the last twenty years. Like many scientific achievements there is much potential for improving the ‘human lot’ but also much potential for damage. There are parallels with nuclear power. Potentially, science, history and politics interweave to create a brave new world; a ‘black box’ indeed.