No Time to Lose: A life in pursuit of deadly viruses 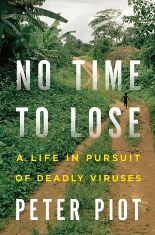 Most of this book is about the desperate bureaucracy surrounding the HIV/AIDS pandemic and how the author, Peter Piot, has managed to resolve it pretty successfully. Piot started as an adventurous medical scientist and ended up as chairman of UNAIDS, the UN programme fighting HIV and AIDS. Along the way Piot meets and identifies the Ebola virus (named after a local river, to avoid reducing tourism to villages) and, despite his modest Flanders background, finds himself getting higher and higher up the administrative ladder.

All biologists, but particularly those involved with STDs, should read this book.