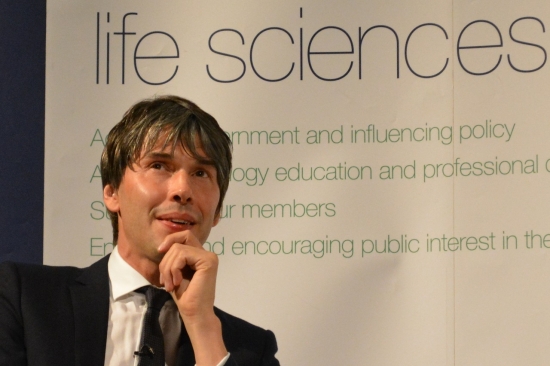 Professor Brian Cox OBE Hon FRSB from The University of Manchester was among the new Royal Society Fellows announced on Friday. In 2014 Professor Cox took part in a fundraising event for the RSB in which he highlighted his belief that science is ‘too important not to be part of popular culture’.

The RSB is also delighted that Professor Neil Gow CBiol FRSB and Professor James Prosser OBE FRSB, a member of the RSB Education, Training and Policy Committee, both from the University of Aberdeen, and Professor Paul Workman CBiol FRSB from the Institute of Cancer Research have been elected to the Fellowship of the Royal Society.

The RSB extends congratulations to all of the eminent biologists and scientists who were recognised in the election last week.