Around 70 pupils from seven different schools attended the event to take part in a day of hands-on scientific investigation and discovery.

Led by an older cohort of student volunteers, pupils from years six and seven learned how to make batteries from fruit; slime from cornflour and even investigated the properties of moon sand.

Pupils also learned how to make their own indicator to find out whether common household chemicals were acids or alkalis; and enjoyed using chromatography to reveal the different colours hidden in different coloured pens and leaves.

Feedback from the day was overwhelmingly positive, with pupils commenting that they found the day not only enjoyable but educational too. One student said: “I only wish the day could have been longer,” and another commented that “the least enjoyable part of the day was having to leave!”

The visiting pupils spoke very highly of Stanwell School’s year 9 pupils who led the activities; and teachers were equally enthused by the day and commented on how engaged their pupils were in all of the activities.

Thanks to generous support from the Welsh Government’s National Science Academy, the RSB is developing an online training course for teachers. This course will offer clear guidance on how to carry out the Gopher Science Lab activities and will also include ten new activities for use in schools. 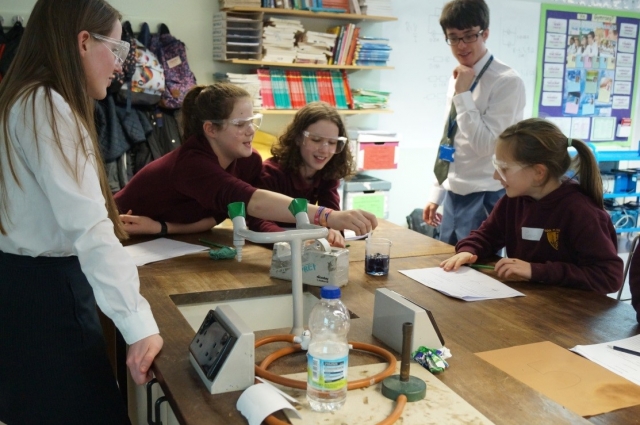