Three bioscientists took home medals from this year’s STEM for Britain, the Parliamentary poster competition that gives researchers the opportunity to present their work to politicians and policymakers.

STEM for Britain, organized by the Parliamentary and Scientific Committee with support from a number of learned societies including the Royal Society of Biology, is open to early career researchers engaged in scientific, engineering, technological or medical research.

Researchers present their work in Parliament to a panel of expert judges, whilst also getting the chance to talk to local MPs about their research and its applications. More than 300 bioscientists from across the UK applied to take part this year, with only 50 being selected to present their posters at the event, and be in with a chance to take home a medal. 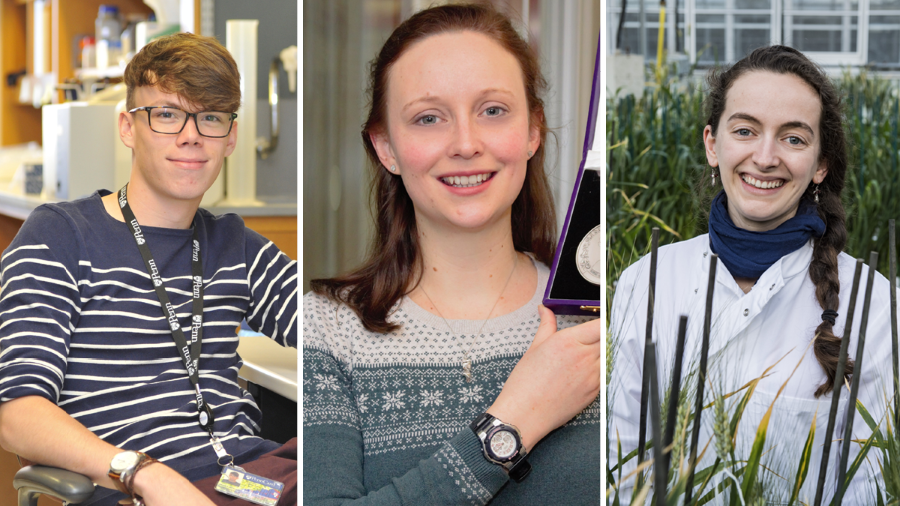 The bioscientist medal winners were Sophie Harrington from the John Innes Centre who won bronze, Max Grogan from Kings College London who won silver, and Rebecca Shepherd from the University of Lancaster, who took home gold.

Rebecca Shepherd, 27, from the University of Lancaster, presented their work on the potential link between fat cells within bone marrow and bone formation, especially in patients with osteoarthritis.

Rebecca said of winning gold: “It’s amazing for my research to have been recognised and awarded gold. STEM for Britain was an excellent event. I had the opportunity to discuss my work with MPs, policy-makers and leaders of scientific bodies.

“It was a fun challenge explaining my work to those outside of biological sciences, and I enjoyed meeting other early-career researchers from different fields.” 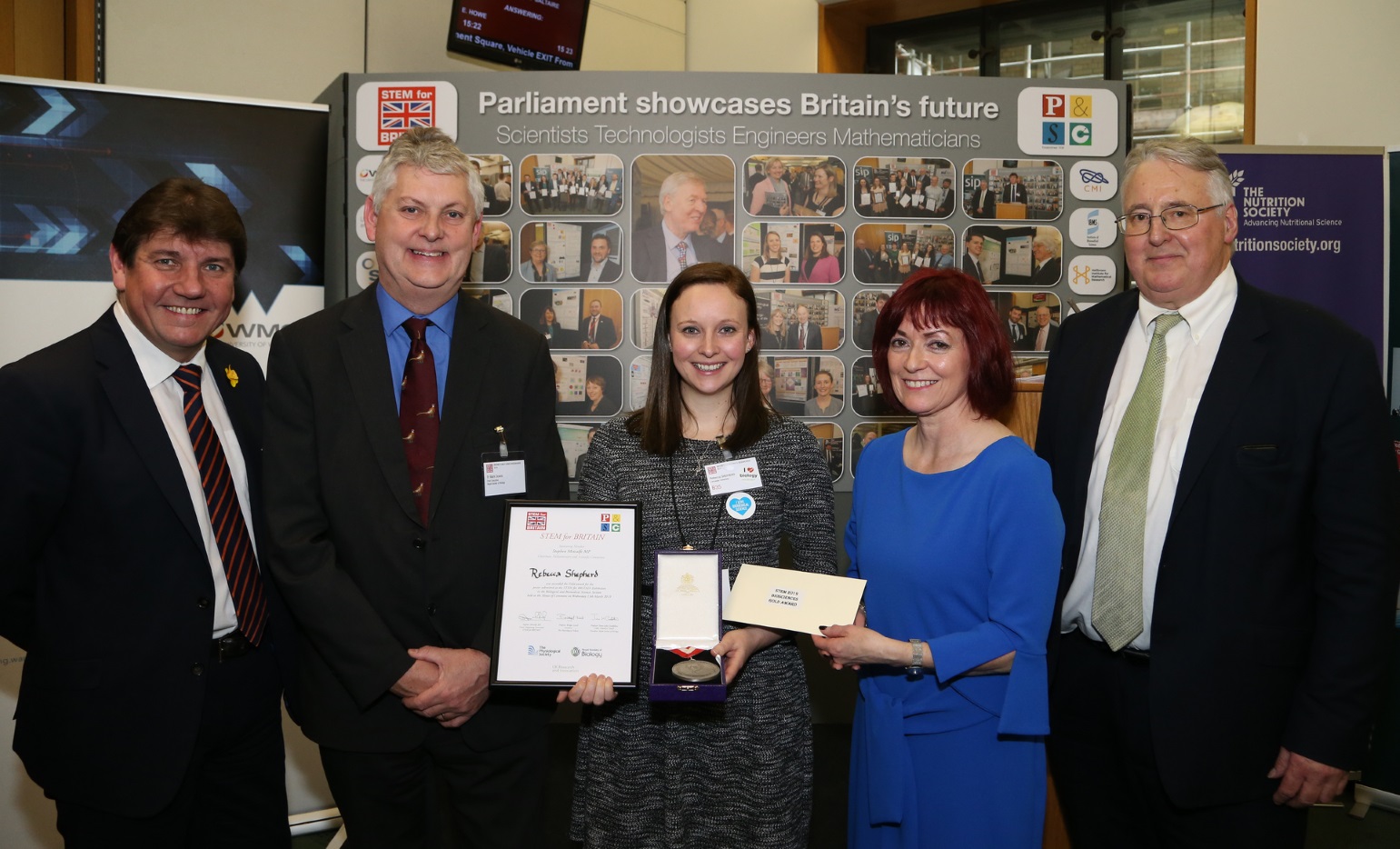 Max Grogan, 22, who is an undergraduate at King’s College London (KCL), presented work on the role of serotonin in regulating the microbiome and chemistry of the gut, aiming to understand how these mechanisms are involved in conditions such as diabetes and obesity.

Max and the KCL team have identified that altering gut serotonin levels can induce significant shifts in both the microbiome and chemistry of the gut, reflecting a key evolutionary relationship between specific gut microbes and GI environmental changes.

Max said on winning the award: "The opportunity to present scientific research to individuals working at the heart of UK politics was a fantastic insight into how scientific developments are communicated to the political community, whose decisions shape the state of scientific research through government funding and regulation.

“The award itself was also a fantastic confidence boost as someone who is hoping to pursue a career in research, which is already dominated by so many brilliant people who are impacting society in some truly incredible ways." 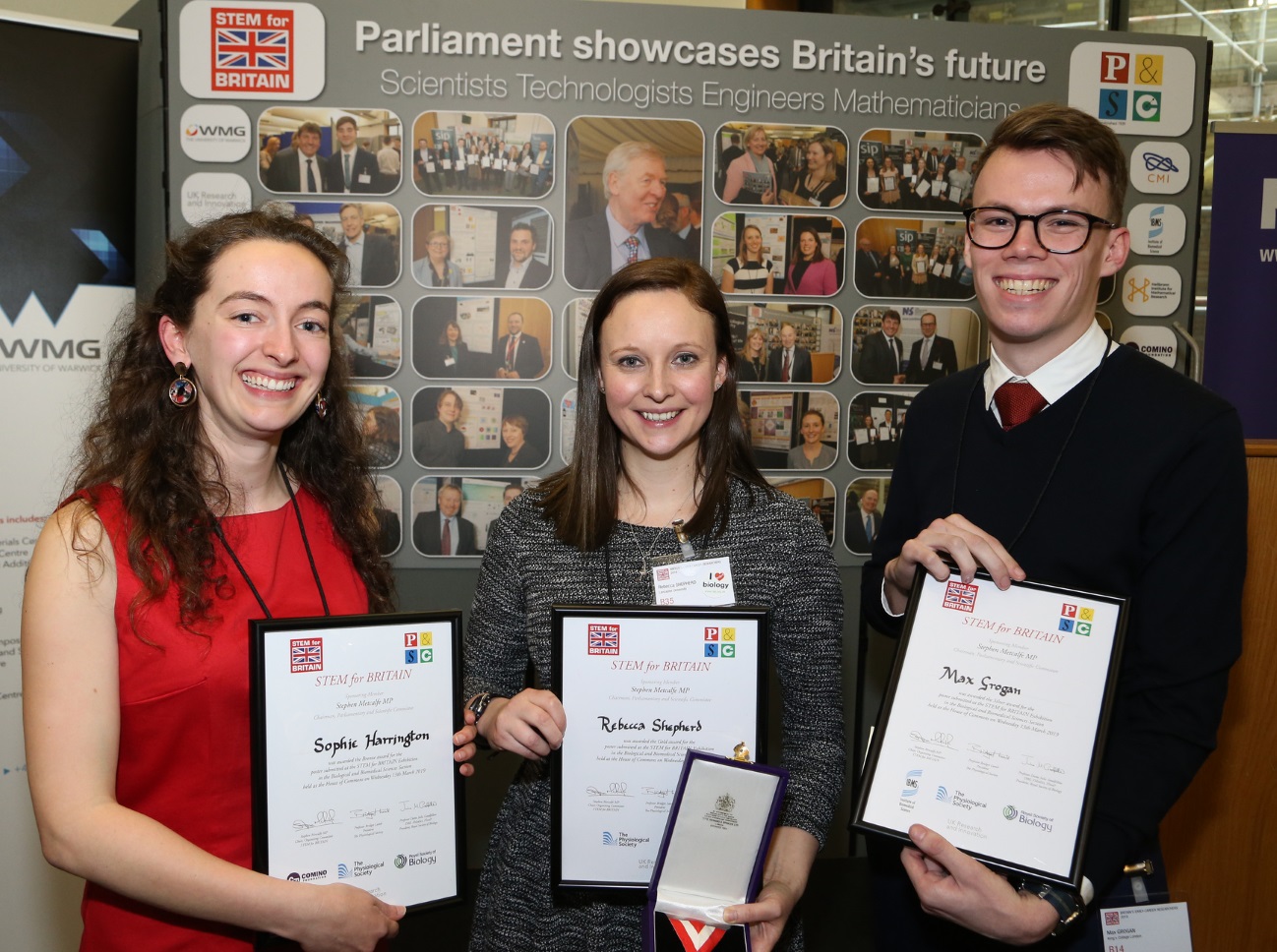 Sophie Harrington, 24, from the John Innes Centre, presented their research on how genes regulate how wheat dies, a process called senescence. Senescence is a tightly regulated process that takes place after the plant has flowered, and is required for nutrients and proteins to be moved into the developing grain. This is important in establishing nutrient and protein levels in the wheat grain.

Sophie said of the award: “It was a great experience presenting my poster at the event, and I was thrilled to have been awarded the bronze prize in the Biology section. It was inspiring to see the wide variety of projects being carried out by the other students and researchers across the UK.