As the need for action on climate change and species loss becomes more urgent, an increasing number of scientists are turning to environmental activism. Emma Wrake AMRSB speaks to some of them

At a time when United Nations Secretary-General António Guterres has declared that the planet is facing a ‘climate emergency’, activism is playing a substantial role in forcing social and political responses to the crisis. Across nations, everyone from schoolchildren to retirees are joining climate activism groups such as Extinction Rebellion and Fridays for Future to call for radical action to tackle the environmental crisis. Among these people are scientists, who whether it be through outrage, despair or a sense of duty, feel the time has come to do more than just provide society with scientific information.

Formed in the UK in May 2018, Extinction Rebellion (or XR) is a group that aims to use non-violent civil disobedience to ‘halt mass extinction and minimise social collapse’. Since 2018 XR has grown steadily into an international movement, with thousands taking part in disruptive non-violent ‘uprisings’, from naked demonstrations in the House of Commons to sit-ins, blockades and marches. Last autumn eight people from the group were arrested after spraying the Treasury building with fake blood from a fire truck, and XR blockades bought central London to a standstill. 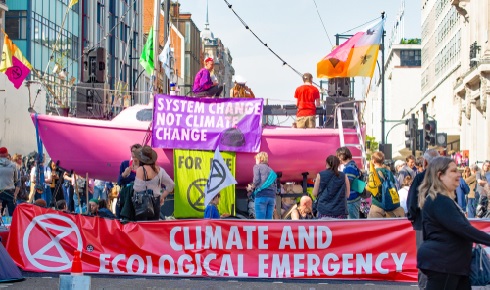 These actions have attracted global attention and a spectrum of reactions, ranging from celebrity support to accusations of extremism. Yet as of March this year more than 1,500 scientists have signed a declaration of support for XR’s aims, including hundreds of academics from the life sciences. Many are members of the group or related subgroups such as Scientists for Extinction Rebellion.

One of them is Professor James Bullock, an ecologist at the UK Centre for Ecology & Hydrology. With
more than 30 years of experience in conservation and management of the natural world, Bullock is particularly interested in restoring habitats and landscapes to benefit biodiversity and increase resilience to environmental change. “I have for a long time been in despair that much too little is being done to save the natural world and to reverse our destruction of the environment. XR’s activities gave me some hope,” he says.

Bullock initially took part in an XR ‘die-in’ (a form of protest where activists lie down and pretend to be dead, disrupting people’s movement). “Meeting up and joining in with XR scientists at the October Rebellion gave me a focus and milieu through which I felt I could use my scientific knowledge to contribute to XR.”

XR protests have divided public opinion. Some in London were criticised as disproportionately disruptive for low-wage workers attempting to get to work, and in early 2020 leaked internal documents from the UK’s counter-terrorism unit listed XR as an extremist group. But Bullock says that criticisms of the group as extremists are “hysterical reactions by certain people in authority” and a threat to non-violent protest. He believes that freedom of speech is “central to science and its contribution to society”. 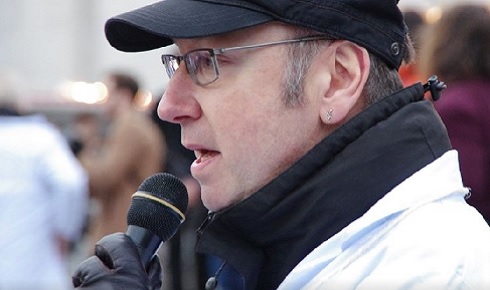 Sarah Peters, a medical student at the University of Oxford, believes that the climate crisis “transcends political opinion”. She feels “a duty to ensure people are aware of the facts of climate change, enabling them to act with full comprehension of the current situation”.

Peters came to the attention of The Biologist’s editor, Tom Ireland, on a train travelling to London during Storm Ciara in February. “In the middle of a slow, delayed journey, she just stood up, introduced herself to the whole carriage, and explained how climate change was likely to make big storms and flooding more likely in the UK,” says Ireland. “As Brits we find this kind of thing terribly awkward, but everything she said was all perfectly true and it was probably quite affecting for the people who listened.”

Peters says she felt compelled to take direct action by way of a ‘train talk’ to commuters in a bid to “nudge them to channel their frustration into action”. She thinks that scientists are well placed to join groups such as XR, whose aim to communicate environmental facts to the public aligns with researchers’ efforts to communicate the latest findings from the sciences.

Peters also highlights the need for her fellow students and academics to do more. Her medical degree offers an optional module in sustainable healthcare, a rapidly expanding field, yet only four of 150 students have chosen to take the module.

She is concerned that awareness of the real-world implications of climate change is low even among her student peers and that there is a certain level of passivity. “We would be shocked if doctors did not know how to manage epidemics of infectious diseases or how to minimise their occurrence – why should it be any different for the much greater health threat posed by the climate crisis?”

Climate scientist Dr Wolfgang Knorr has recently decided to move away from academic research to commit more of his time, skill and knowledge to fight the climate crisis in different ways, including advising activist groups such as XR.

After initially working in theoretical physics, Knorr moved to climate science in the early 1990s. His research has looked at atmospheric CO2 and how plants and soils are influenced by changing atmospheric conditions, how the climate is changed by land vegetation and how forests could play a part in stopping the rise in CO2.

While still retaining a visiting scientist position at Lund University, Sweden, Knorr now acts as an adviser to XR on the interpretation of scientific research, such as the latest Intergovernmental Panel on Climate Change (IPCC) report. 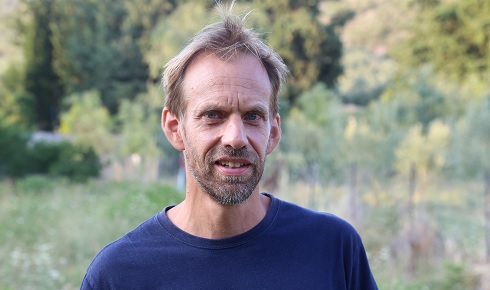 “What scientists tend to overrate is our own knowledge,” says Knorr. “Climate scientists, in particular the IPCC, base their decisions around climate models that show results with gradual transition to some warmer climate state.” The reality of climate change could be very different, he adds, with “a catastrophe arising from something unexpected that has never been thought about before, marked by big, disruptive changes, such as the recent pandemic, or a similarly unexpected insect pest outbreak that destroys crops”.

For Knorr, it was “outrage at the inability of the establishment to come up with viable solutions” and governments “outright denying the existence of a problem, playing it down or engaging in initiatives they know will be inadequate” that led him to join groups taking direct action. He believes that many climate scientists still “have not woken up to the fact that nothing is being done to stop a catastrophic outcome”.

Knorr stresses that this includes threats to human systems and points to the current coronavirus crisis. “If climate change leads to a lasting deterioration of the world’s food supply and questions of inequality are not addressed, the number of malnourished [and vulnerable] could skyrocket.” The next pandemic could be an even bigger threat to humanity if nothing is done to mitigate the effects of climate change, he says.

One reason that many scientists are reluctant to publicly campaign for or align with activist groups is that a key principle in science is the need to be objective. In increasingly partisan times, information from scientists needs to be wholly independent and some believe that scientists joining protests could reinforce the belief that scientists are an ‘interest group’, making all scientific data less credible and other researchers’ efforts more easily dismissed.

Bullock disagrees. “Activism doesn’t undermine my independence as a researcher,” he says. “It arises from my independent analysis of the evidence.” For him, “activism is based on the evidence that we are destroying the natural world, and that this evidence is being systematically ignored and underplayed. I have made a rational decision that activism is the only way to get governments and others to take notice of the evidence and act.” 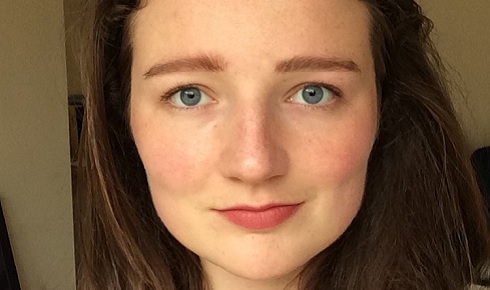 Bullock believes that if more scientists researched the goals and principles of groups such as XR, which are founded on the communication of accurate and impartial information, more might be willing to join. And if they can’t join a direct action group, they should be doing everything they can to improve
their sector’s impact. “We [academics] need to reconsider how we run conferences and do research, and from whom we receive funding.”

Knorr believes that recent climate-based activism differs from earlier activities in that for the first time “it has propelled the topic quite a long way up the political list of priorities, similar to the Occupy movement bringing the issue of inequality to the political radar screens. It remains to be seen, though, if the effect will last.”

For Sarah Peters, the decision to partake in activism is simple: she “cannot in good faith stand by, knowing the current and future effects of the climate crisis, and do nothing”.

So, is it time for more scientists to become directly involved with campaigning and activist groups such as XR? This year The Biologist is looking to explore how life scientists are dealing with the existential crises facing the organisms and habitats they study. If you have a view on this topic, we’d love to hear from you.

Emma Wrake AMRSB is editorial assistant at the Royal Society of Biology.