Biology Week 2013 got off to an exciting start with the 24 hour lecturethon, given by ecologist and science communicator Professor Adam Hart from the University of Gloucestershire. It started at 18:00 last Sunday and continued throughout the early morning, to 18:00 the following day, with lectures being broadcast around the world.

The marathon event looked at the wonderful world of ants and bees, and kicked off with an ants and bees related pub quiz on the evening, after the exciting release of the results from the flying ant survey.

He then followed with a series of lectures covering a broad range of topics including social behaviour, genetic relatedness and the creation of a colony, alongside broader introductions for school children. Throughout the night schools from Singapore, Shanghai and South Korea also Skyped into the lecture and watched it as part of their Monday morning lessons.

As morning approached back in the UK time zone, schools then Skyped in from across the UK to watch Adam Hart give even more lectures about the structure of the hive, how ants forage and solve problems, and pollination and feeding. 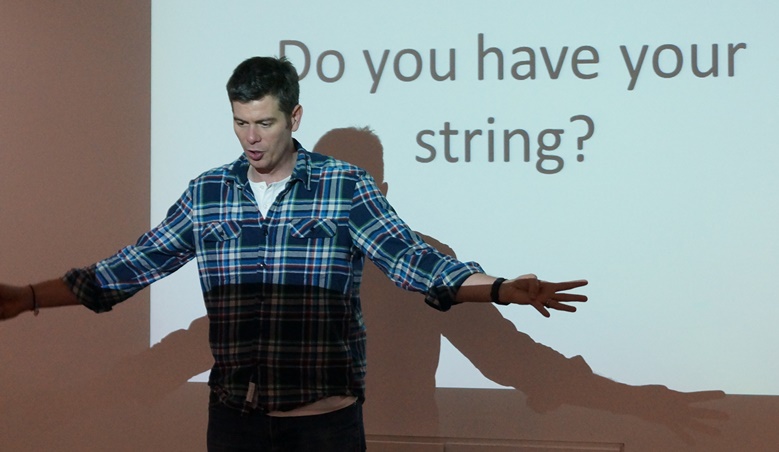 His 24 hour endeavour also included a live chat with beekeepers, a honey tasting session, a live demonstration of leaf cutter ants in action, alongside a buzzing hive of honeybees.

Adam studies the Hymenoptera, a taxonomical division which includes ants, bees, and wasps too. He marvels at their social behaviour, saying: “With no one to tell them what to do, ants and bees organise themselves and use simple but powerful rules to find food, make nests and raise their sisters and brothers. Some of these ant-rules are so powerful that big business is using them to solve some incredibly difficult problems, like routing deliveries or scheduling.

“Whether it's coordinating millions of workers, building nests the size of houses, or pollinating flowers and crops, the world of bees and ants is truly one of nature's marvels.”

Biology Week continues with a debate at the Royal Institution tonight on 'The good, the bad and the genetically predetermined'. You can follow the event on Twitter using #rilive.