Tim Harris from Nature Picture Library and judge for the RSB Photography Competition, presented the shortlisted and winning photographs. Supported by Eppendorf, this year’s theme was ‘Capturing movement.’

The Young Photographer of the Year award was won by Carlos Perez Naval for his photograph ‘Fighting’, winning £500.

The Photographer of the Year Award was won by Nick Edwards for his ‘Demob Happy’ photograph taken on the Isle of Wight, UK, for which he won £1000. 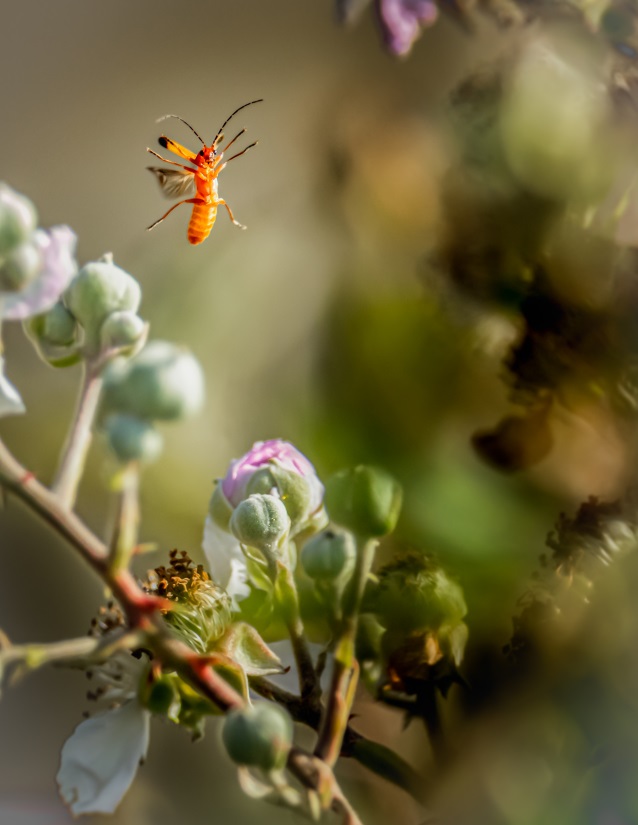 The winning entry for this year's Photography competition

Tim said of the winning entries: “All the judges were impressed by the quality of entries in this year’s competition.

“At 14, the winner of the under-18 category, Carlos Perez Naval, who submitted a pin-sharp shot of white-headed ducks fighting, clearly has a great future in nature photography. 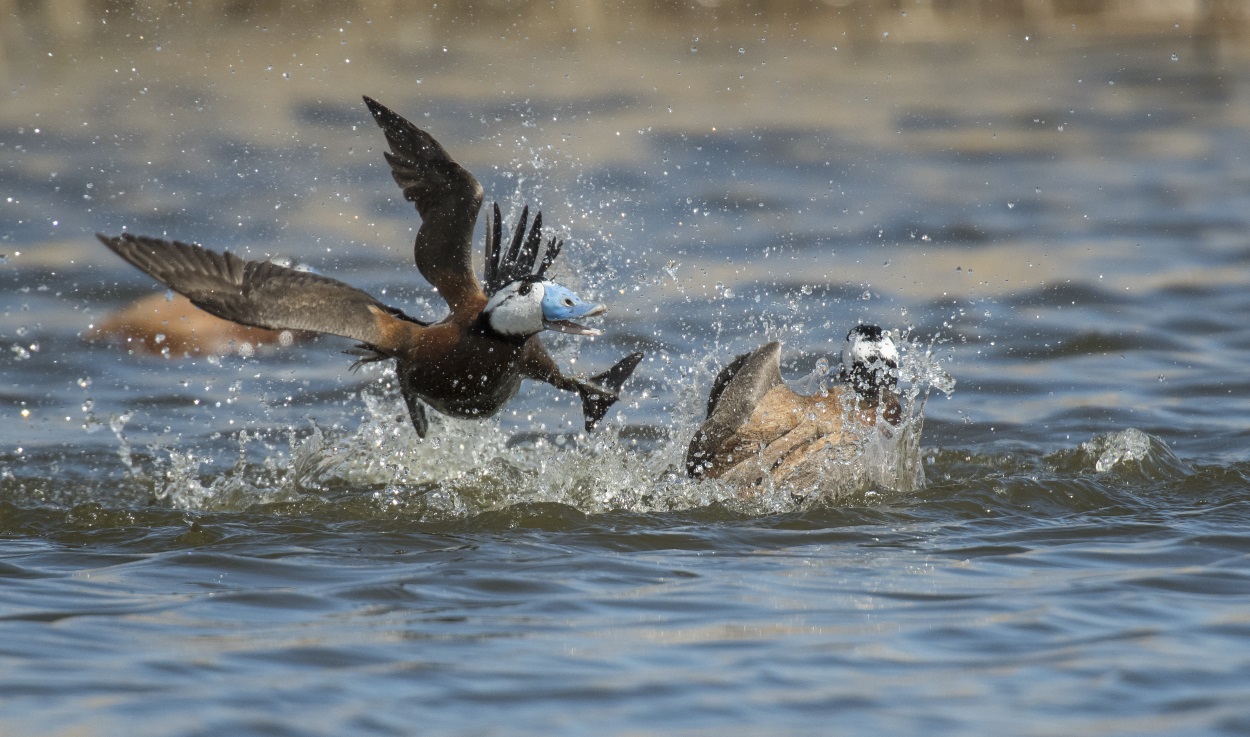 The winning entry for Young Photographer of the Year, taken by Carlos Perez Naval

Timothy Pond of the Zoological Society of London, freelance illustrator, and judge of the Nancy Rothwell award, presented winners with their awards for their outstanding artwork capturing the anatomy of plants and animals. 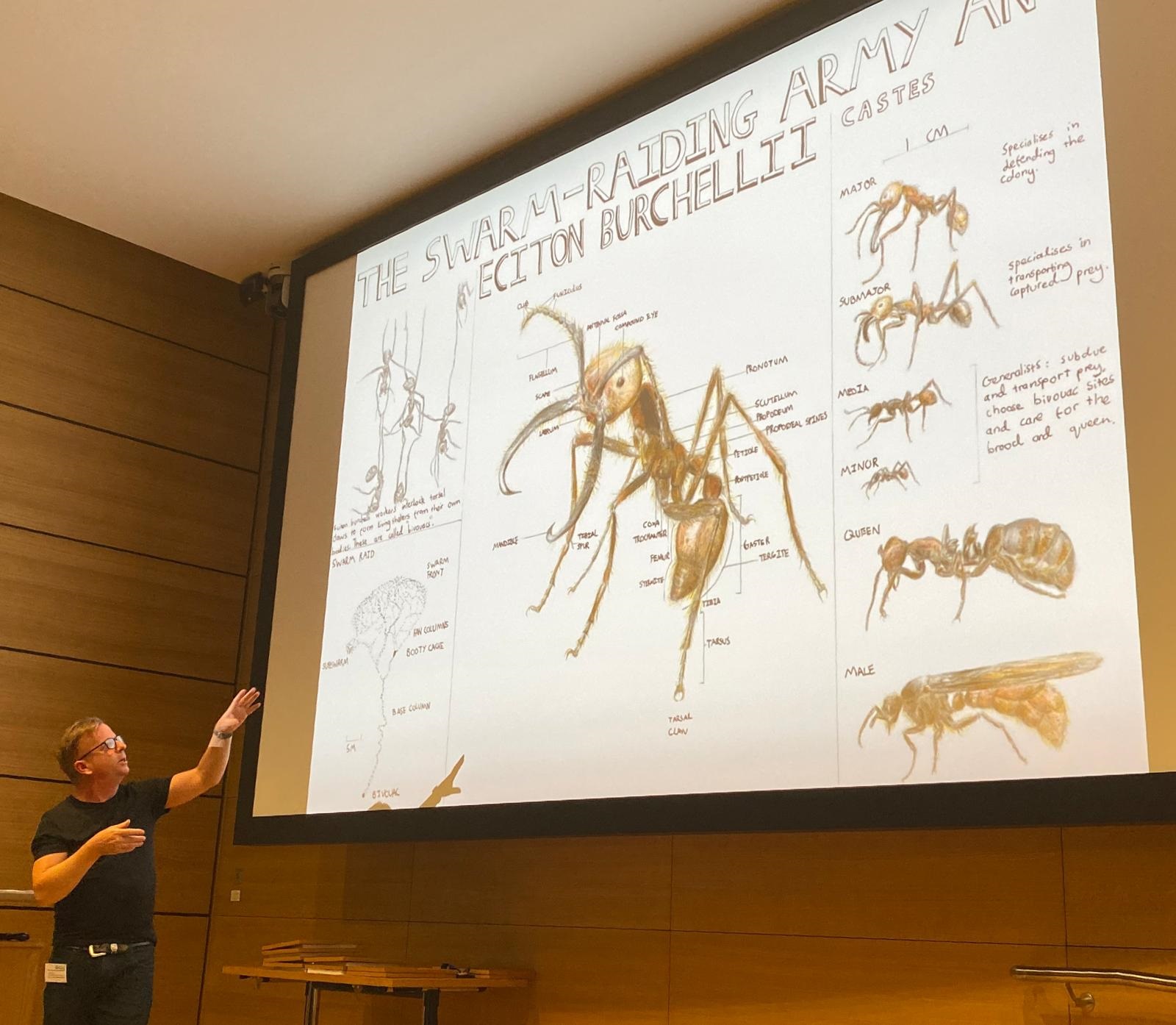 The evening also featured presentations from the winners of this year’s Outreach and Engagement awards.

Philippa Skett MRSB, press and communications manager at the RSB, introduced the winners of the Outreach and Engagement awards, saying: “The judges struggled to whittle down the submitted entries down to the two winners, as this year the submissions were all of a very high calibre.”

The New Researcher Outreach and Engagement award was presented to Stephen Long MRSB, PhD student at University College London and the ZSL Institute of Zoology. He was awarded for his efforts making learning about sustainable fishing more accessible through the use of virtual reality, computer games and organising exhibitions.

Stephen said of receiving the award: ‘‘The outreach and communication efforts I have been involved in are built on a research programme, that has a great many contributions in the UK, Greenland and elsewhere.’’ 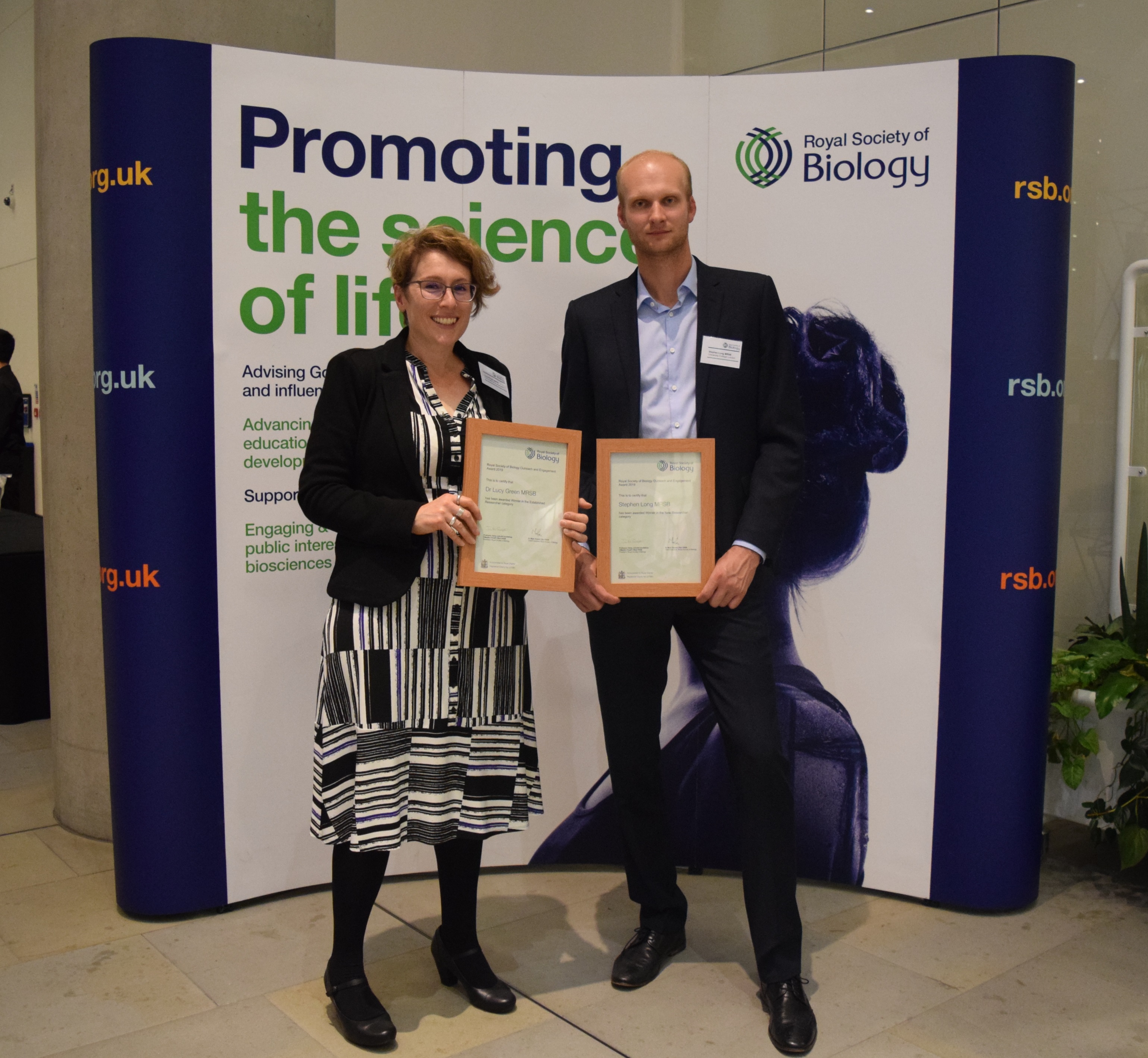 Dr Green received the award for her delivery of a wide range of projects covering topics such as developmental biology, health and physiology, with one eye-catching project in particular involving a supersized Kerplunk game.

Dr Green said: ‘‘Receiving this award means a great deal to me.

“Outreach and engagement is important in making science accessible to the public. It is also key in keeping the voice of young people firmly within the conversation about sciences advances and the way these can improve the global health for the next generation.’’

President of the Royal Society of Biology, Professor Dame Julia Goodfellow FRSB, presented the President’s Medal to Dr David Ware FRSB, for outstanding service and commitment to the RSB. 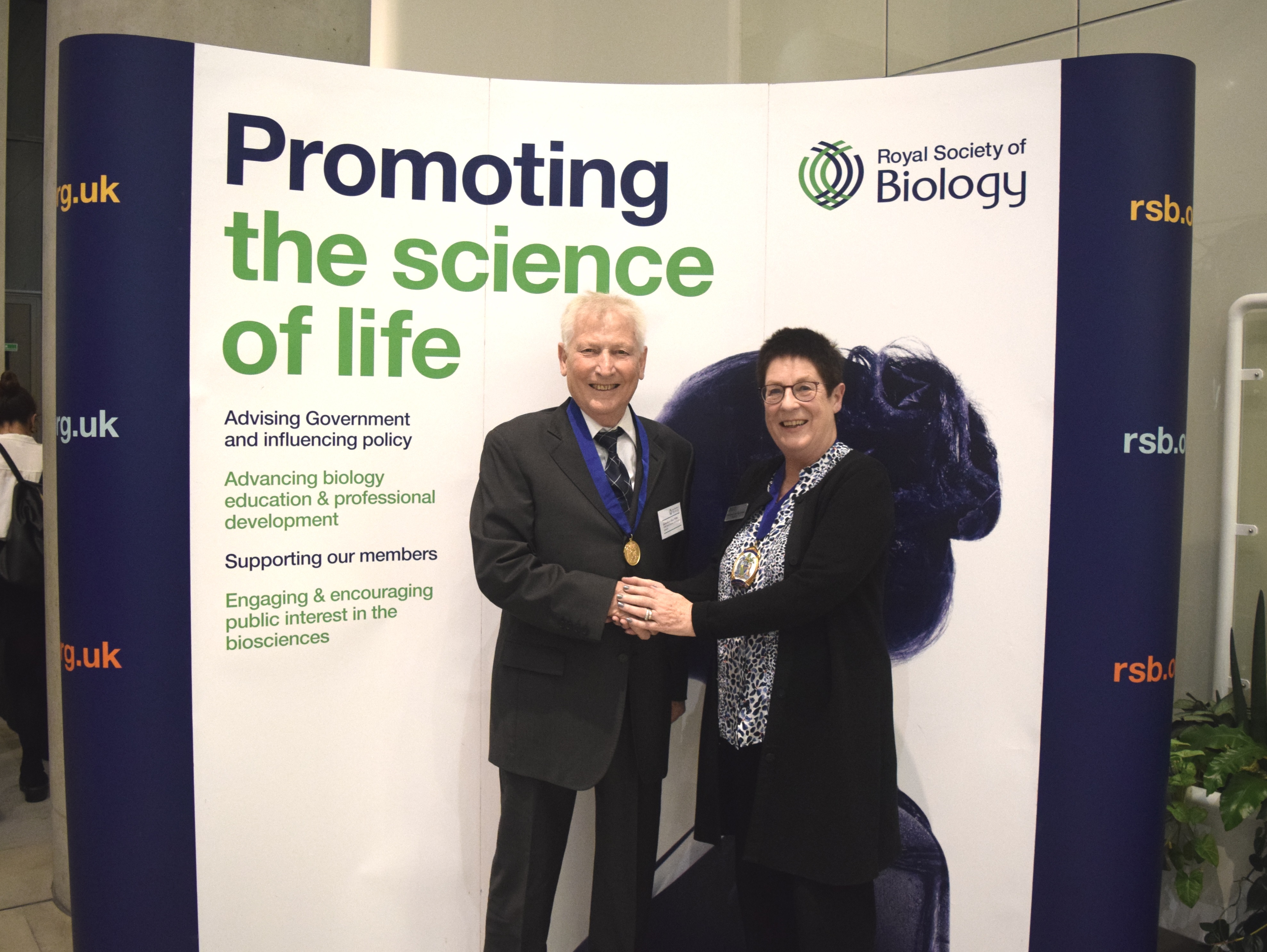 Since retiring David has continued to be an active member of the RSB. In his role as secretary, David is the mainstay of the Kent, Surrey & Sussex branch committee. He not only fulfils his administrative role, but takes on much of the organisation and running of the events the branch runs for members each year.

He has maintained his links with biological education by supporting the various careers events the branch attends, he was also key in establishing a collaboration with a local school to host an annual lecture shared with other schools in the area, an annual lecture which he continues to organise.

The evening also saw the launch of a showcase trailer for RSB's documentary, in partnership with ITN Productions, called ‘Biology Impacting Lives.’ The programme highlights the importance and relevance of work in the biosciences, and showcased some of the transformative work of a number of biosciences organisations.

A twitter moment from the event can be viewed online.