Newly-appointed science minister Sam Gyimah MP and a range of other political figures were today quizzed by young scientists on topics as diverse as fake news, artificial intelligence (AI), plastic waste, gene-editing, self-driving vehicles and mental health in academia, as part of the RSB’s annual Voice of the Future event.

The event gives students and early-career scientists, representing over a dozen science organisations and several schools, the chance to scrutinise politicians and their advisors in a House of Commons committee room. 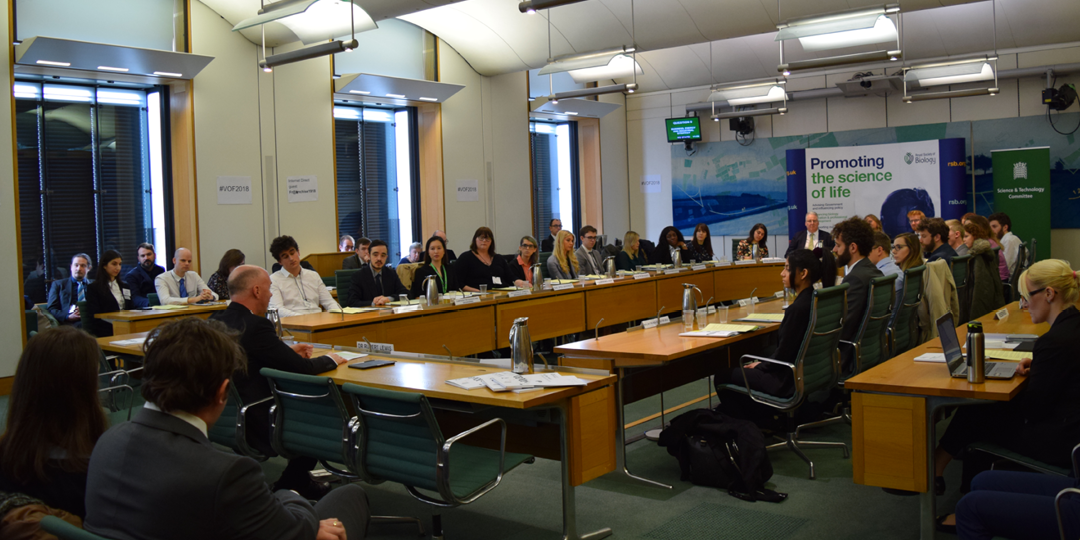 Gyimah, who was recently appointed Minister for Universities, Science, Research and Innovation in January, took a range of challenging questions on the underrepresentation of women in science and, of course, how the government would ensure Brexit did not have a negative effect on UK science.

In response he set out a number of measures that the government had announced to help EU citizens get visas to study and work here, and said the government would take advice from the Independent Advisory Committee on Migration to further mitigate against a potential drain of non-UK talent. 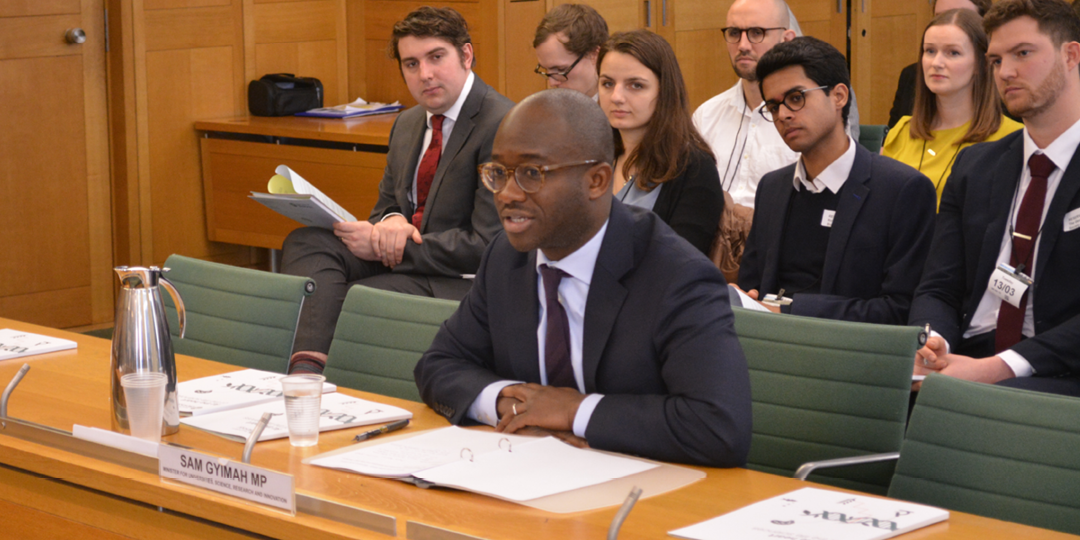 “Our success in science is in part predicated on having the best minds collaborate and work together. We are under no illusions that to retain our world-leading position in research and innovation we need the best minds to come here, freely.”

Later, Gyimah ruled out regulation targeted specifically at gene-edited crops, and said that the Government’s ambition to raise science spending to 2.4% of GDP by 2027 would be “a game-changer” that attracts more people to science. 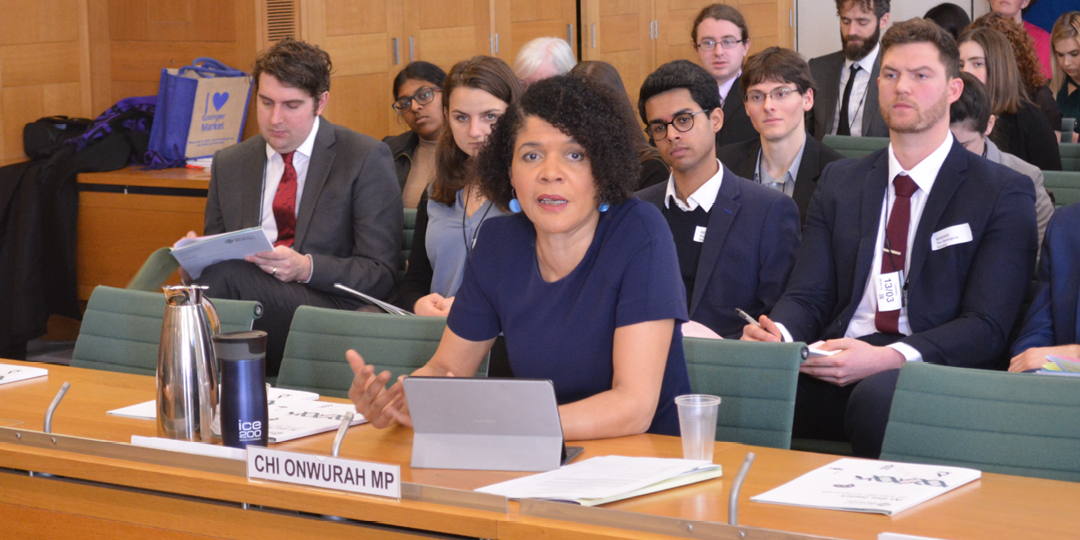 Chi Onwurah MP, Shadow Minister for Industrial Strategy, Science & Innovation, said the Labour Party would raise spending on science to 3% of GDP and would have immediately guaranteed the rights of EU citizens post-referendum in order to help keep close ties with the EU.

She also commented that the lack of security in academic careers was part of the wider problem of a lack of workers’ rights in the UK and that the area is a priority for Labour campaigns. 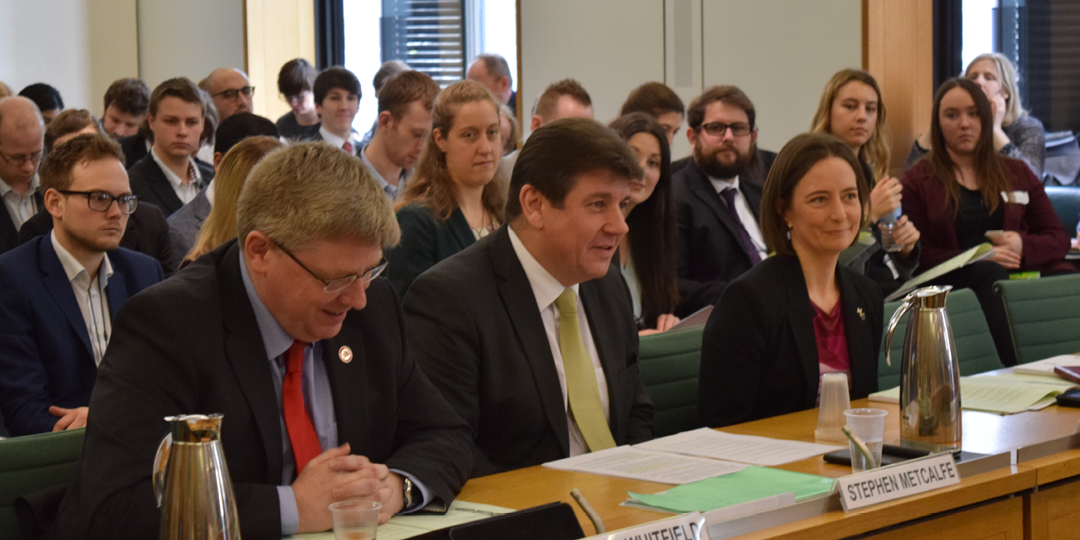 Further panel debates involved members of the Science and Technology Select Committee and the director of the Government Office for Science, Dr Rupert Lewis, who explained how the Government receives and acts on scientific advice.

As well as immigration, diversity was a recurring theme among the young and early career scientists’ questions, with many asking what the government is doing to support scientific careers for women and those from BME and lower socioeconomic communities.

Broadcast live on Parliament.TV, this year’s Voice of the Future discussion generated enough interest online that once again the event’s hashtag, #VOF2018, was trending locally on Twitter.

Check out the twitter moments from the event, the Flickr album for more photos, or watch a video of the full event online.