This year’s Nobel Prize for Physiology or Medicine has been split two ways, both rewarding novel therapies against parasitic diseases. 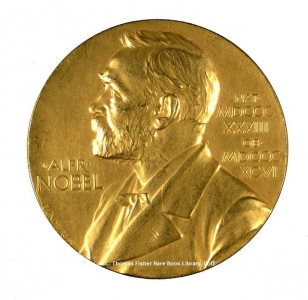 The 2015 award went jointly to William Campbell of Drew University, Madison, USA and Satoshi Ōmura of Kitasato University, Tokyo, Japan for their therapy against infections caused by roundworm parasites. Youyou Tu of the China Academy of Traditional Chinese Medicine also shares the prize for her discoveries leading to a treatment for malaria.

Dr Fiona Henriquez FRSB, reader in parasitology at the University of the West of Scotland said: "This is important recognition for parasitology research. Drug discovery and design against parasitic disease is very challenging due to parasites being eukaryotic, which means that they are like human cells. In addition, some parasites, like Plasmodium that causes malaria, reside inside host cells and this makes drug delivery more difficult. Not only has this research provided new medicines and therapies to treat these devastating diseases, it has also allowed more understanding into mechanisms that parasites develop to become resistant to drugs, and it has opened avenues to novel drug discovery."

Parasitic diseases involve another living organism transmitting an infection to an individual, and occur widespread across both the animal and plant kingdom. According to the World Health Organisation 25% of global mortality - one in four deaths worldwide - can be attributed to parasitic diseases.

Roundworms are one of the world’s most common parasitic worms living in and around humans, and whilst usually easy to treat, they can develop into far more life-threatening diseases, such as river blindness and lymphatic filariasis. Campell and Ōmura developed a drug called Ivermectin that has helped lower the incidence of these diseases considerably.

Malaria, transmitted by the female Anopheles mosquito, claims 450,000 lives a year, particularly in tropical areas bordering the equator, which often have inadequate prevention measures and health facilities in place to deal with the vast numbers of sufferers. Tu is credited with the discovery of Artemisinin, a component isolated from a sweet wormwood herb, which reduces the number of parasites in the early stages of malarial treatment. In Africa alone, Artemisinin is saving over 100,000 lives every year.