The Home Office has released the statistics of animal use in science in 2018, with data showing that there has been a 7% decrease in the number of procedures; the third consecutive annual decrease and the lowest figures since 2007.

Specially protected species, such as dogs, cats, horses and primates, are subject to additional protection and were involved in 0.44% of all procedures. 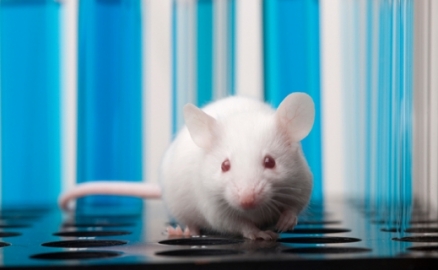 51% of the total number of 2018 procedures were experimental procedures, whilst the remaining 49% of procedures on animals were for the creation and breeding of genetically altered (GA) animals; the GA from these breeding programmes used for licensed experimental purposes are counted within the 51%.

In the context of animal research in the UK, a regulated procedure is a scientific procedure applied to a protected species that may have the effect of causing an animal pain equivalent to, or higher than that caused by the introduction of a needle in accordance with good veterinary practice.

The Home Office annual statistics distinguish between experimental procedures - these include all animals used in basic or applied research, higher education and training, and also for environmental or forensic enquiries - and procedures that result in the creation and breeding of genetically altered (GA) animals.

88% of procedures involved in creation and breeding of GA lines were for the maintenance of already established GA lines. Mice are the most commonly genetically-altered species, at 87% followed by fish (13%).

56% of experimental procedures carried out in 2018 were to answer basic research questions, whilst 26% were for regulatory purposes - to test the safety and efficacy of products and devices in animals.

The remaining 17% of experimental procedures were as part of applied and translational research, to address diseases in humans and other animals through prevention and development of treatments.

Dr Mark Downs FRSB, chief executive of the Royal Society of Biology, commented: “Animal research is an important and essential part of biological research because it provides insight into fundamental biological processes and leads to the successful development of medical treatments for humans and other animals alike.

Professor Dominic Wells FRSB, chair of the RSB animal science group, commented: “The statistics of animals used in research show a decrease in overall number of procedures for the third year in a row.

“There are several factors that could drive this change, for example the successful implementation of the 3Rs (replacement, reduction and refinement) but also decisions about funding allocations both from UK and international sources.

“Animal research contributes to our understanding of the causes of disease and helps us find medical interventions for life-threatening conditions, such as motor and brain disorders or cancer. As such, it is indispensable research for the benefits of both humans and other animals.

“Scientists have a great responsibility towards the animals used in research, and welfare should always be carefully considered and prioritized. It is important to note that the majority of procedures do not involve lasting harm to the animals and their suffering is classified as mild or sub-threshold.

All scientific procedures involving vertebrate animals other than humans and cephalopods must be performed under license and the use of animals must be recorded, together with an assessment of the severity levels, and published every year in accordance with the Animals (Scientific Procedures) Act 1986 amended 2012. Invertebrate animals such as fruit flies and nematode worms are not covered by the Animals (Scientific Procedures) Act, 1986.

The RSB advocates the adoption of a 3Rs approach and transparency in reporting the justifications and outcomes of research involving animals.

The Society also supports the efforts of the scientific community to replace, reduce and refine animal experiments whenever possible and firmly maintains that excellence in science and in animal welfare go hand-in-hand.