A plaque celebrating JBS Haldane, a leading scientist of the 20th century, was unveiled by the Society of Biology today at his old school in Oxford. 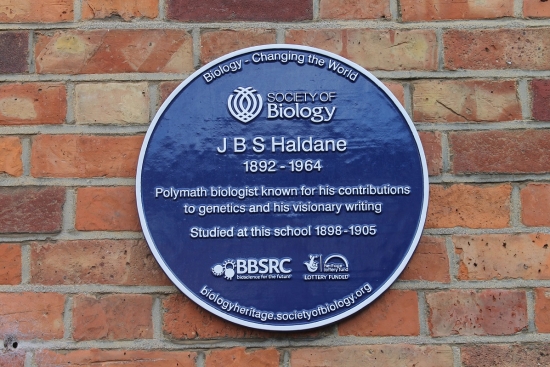 John Burdon Sanderson Haldane (1892-1964) was a polymath biologist, known for his contributions to genetics and his visionary writing.

He studied at The Oxford Preparatory School (now The Dragon School) at the turn of the century and went to win many prizes, including the French Legion of Honour, for his mathematical work on genetics, which was critical to acceptance of natural selection.

At the ceremony Professor Douglas Kell FSB, University of Manchester, made a speech:
"The word ‘polymath’ is frequently overused, but John Burdon Sanderson Haldane truly was a polymath. As befits a student who gained a Double First in both Greats (Classics and Philosophy) and Maths at Oxford he spread his wings widely. His scientific contributions were simply immense; he laid the foundation of neo-Darwinism (the combination of evolutionary theory with modern genetics), his contributions in the study of enzymes were profound and lasting, and he was well known as a great populariser of science. There can be few British scientists of whom the word ‘great’ is more deserving."

Professor Sir Walter Bodmer FSB, University of Oxford,  also made a speech:
"JBS Haldane was one of the great founders of population genetics, the field that put the study of evolution on a firm mathematical basis on the assumption of Mendelian inheritance. The last time I met him was at the International Congress of Genetics in The Hague in 1963, the year before he died. He was the centre of attention dressed in flowing white Indian robes. He spent the last seven years of his life in India and is enormously appreciated there for what he did for science, and especially for his support for young scientists.”

Haldane is also famous for his witticisms, particularly the response that he allegedly gave when theologians asked him what could be inferred about the mind of the Creator from the works of His Creation: "An inordinate fondness for beetles." This is in reference to there being over 400,000 known species of beetles in the world, representing 40% of all known insect species (at the time of the statement, it was over half of all known insect species). 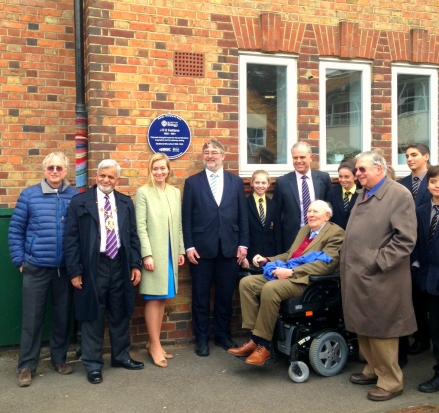