Young and early career scientists were today given the chance to voice their questions about the future of science to MPs and ministers during a dramatic day for UK politics.

This year’s Voice of the Future event, organised by the RSB, saw representatives from learned societies and STEM disciplines question MPs and senior political figures, including the science minister Chris Skidmore MP. 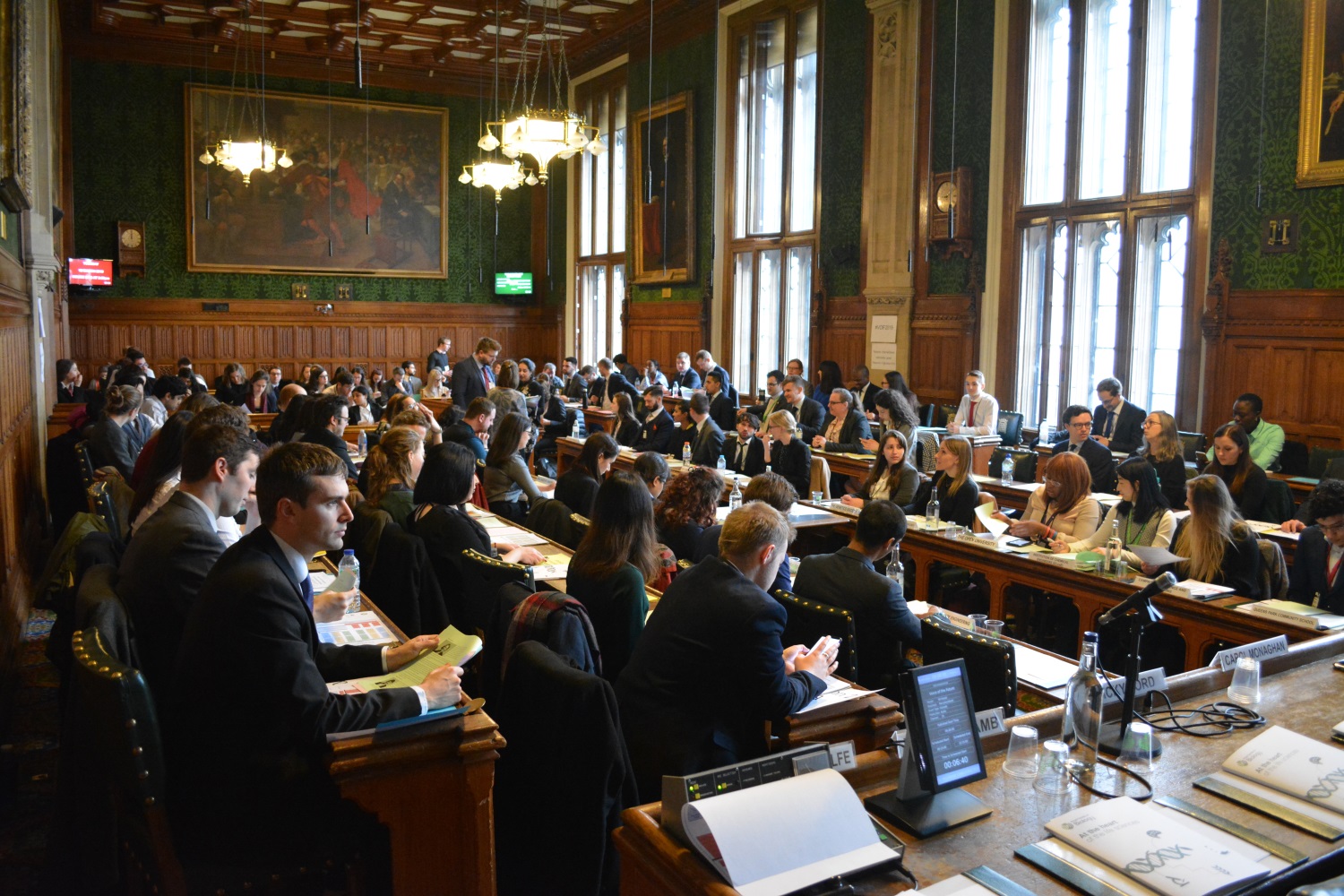 The only event of its kind in the Westminster calendar, the format mimics a select committee hearing and this year was held in one of Parliament’s grandest committee rooms. The proceedings were launched by Speaker of the House Rt Hon John Bercow MP, who spoke on the importance of science as a subject, and the need for more science experts in Parliament.

As the Government’s attorney general delivered crucial legal advice on the Government’s Withdrawal Agreement nearby, discussions were dominated by the impact of a potential ‘no-deal’ Brexit on science, but also spanned topics as varied as air pollution, ‘fake news’ and the Novichok nerve-agent attack in Salisbury. 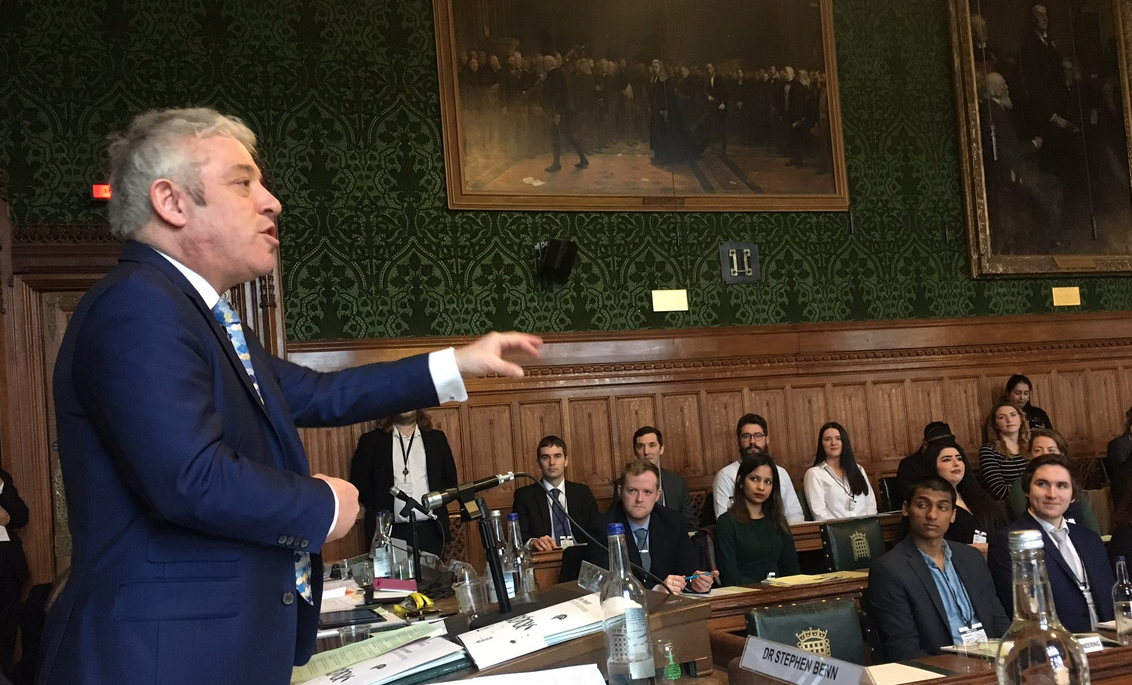 Skidmore, appointed Minister of State for Universities, Science, Research and Innovation in early December, took questions on apprenticeships, tuition fees, GMO regulation and environmental issues, as tried to clarify how the UK might access EU-funded science projects like Horizon Europe. 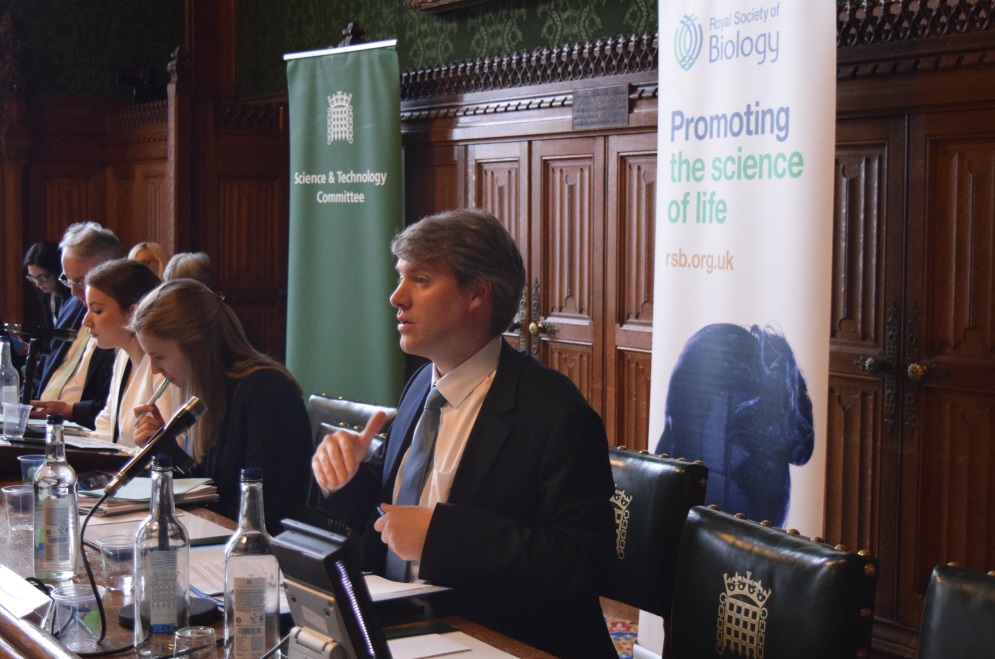 “Obviously we can’t be full members [of Horizon] as we won’t be an EU member state, but there are associate members like Israel and Canada and we can have that sort of status,” he said.

Skidmore added that the Government will be working on a new funding mechanism to cover other EU funding, such as Marie Curie Fellowships and European Research Council grants. These must somehow have the prestige of European grants and attract international researchers as well as those from Britain, he said.

Chi Onwurah MP, Labour’s Shadow Minister for Science, Industrial Strategy, Science and Innovation, said she felt like she was “living in dreamland” because of the uncertainty facing the sector.

“We don’t know what the final deal will look like, or if there is a deal…There are 17 days to go and I can’t tell you what Brexit will look like for science,” she said.

The Government’s chief scientific adviser, Sir Patrick Vallance, spoke of the need to promote science as “a method for getting results” which “self-corrects” rather than an absolutist set of answers.

“We already do a lot of science in our everyday life, and an understanding of the scientific method needs to be embedded in schools, conversations, journalism, Whitehall, and everywhere else,” he said. 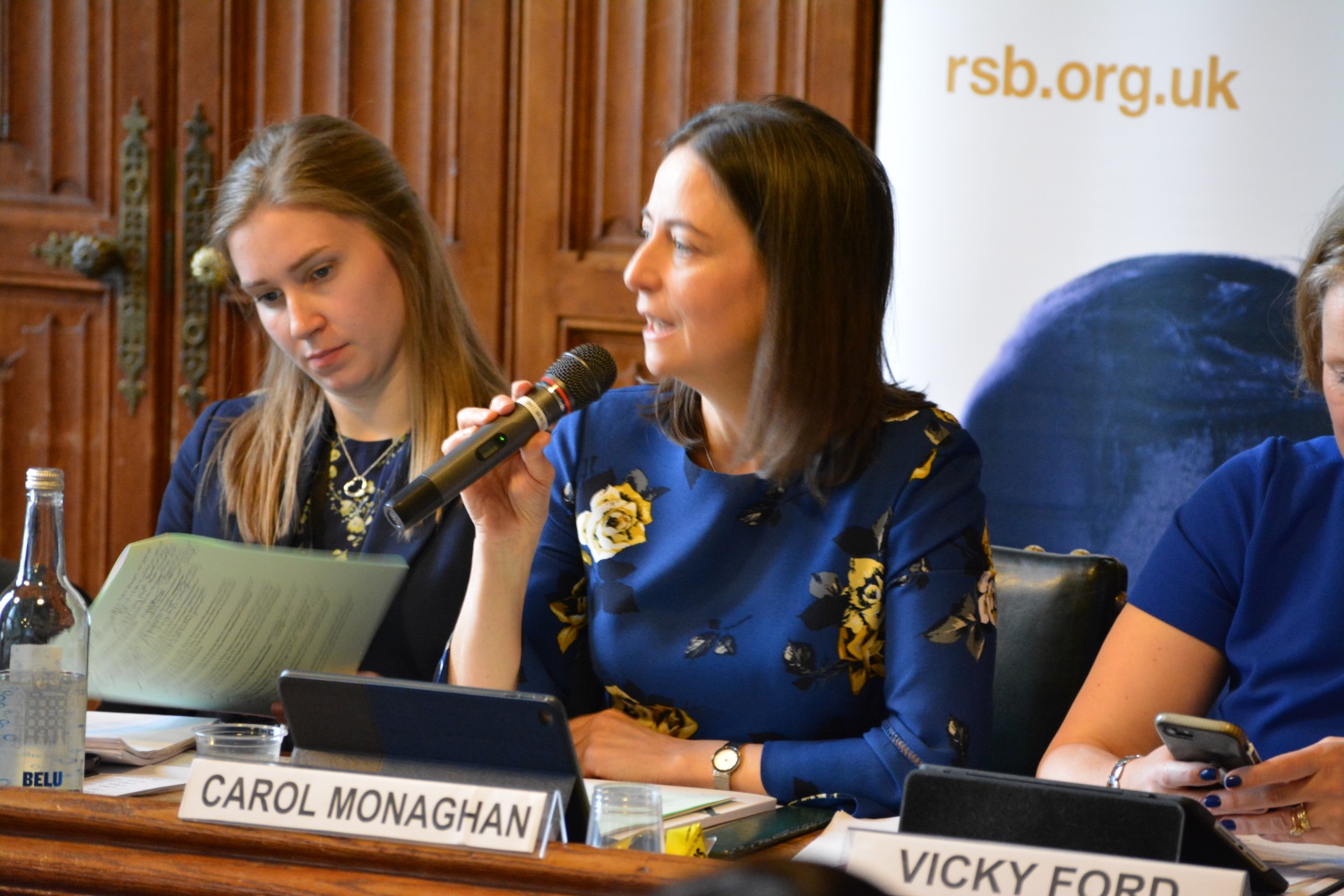 Carol Monaghan MP, a member of the Science and Technology Select Committee talking on the importance of getting more scientists into politics (Photo: RSB)

The chair of the House of Commons Science and Technology Select Committee, Norman Lamb, was asked about public trust in science amid the proliferation of misinformation and ‘fake news’. He said scientists remain one of the most trusted groups in society in the UK, but that in order to protect science’s reputation, a national committee for research integrity should be established.

“If we just rest on our laurels and assume our high standard of science integrity will always be there and always be trusted, then I think we make a very grave mistake.”

Throughout the session MPs, including Speaker of the House Rt Hon John Bercow MP and members of the Science and Technology Select Committee, encouraged the young scientists present to contact their MPs about important environmental issues such as climate change and air pollution or enter politics themselves.

Audio of the full session, which covered topics on climate change, sustainability, biosecurity and post-Brexit immigration policies, can be found on the Parliamentlive.tv website. Highlights of the online discussion can be found on Twitter moments.