Between October 7th – 15th the Royal Society of Biology celebrated its sixth annual Biology Week with thousands of people attending over one hundred events worldwide.

Between October 7th – 15th the Royal Society of Biology celebrated its sixth annual Biology Week. Over 100 events were held week across the UK and worldwide with countries such as Italy, Nigeria and Malaysia also hosting events as part of the week.

Over 1200 people took part in various events and activities organised by the Royal Society of Biology and its branches throughout the week, with thousands more taking part in events organised by members and member organisations.

There was a huge range of events on offer for the public to get involved in, from debates and lectures to pub quizzes and hands-on practical activities. 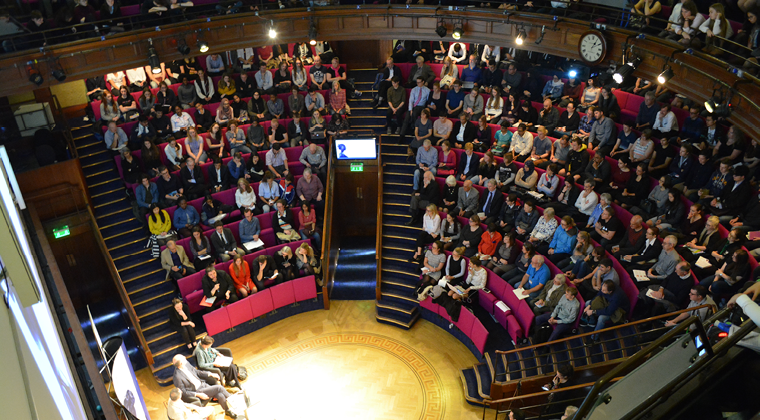 Monday 9th October saw a packed out lecture hall at the Royal Institution in London, where over 400 guests gathered to learn more about genome editing.

The event, held in partnership with the Biochemical Society, featured a panel of experts, who discussed the science and ethics of genome editing, and where we should draw the line.

On Tuesday 10th October the RSB, in partnership with the British Ecological Society and the Biochemical Society, held a Policy Lates discussion on mental health and wellbeing. 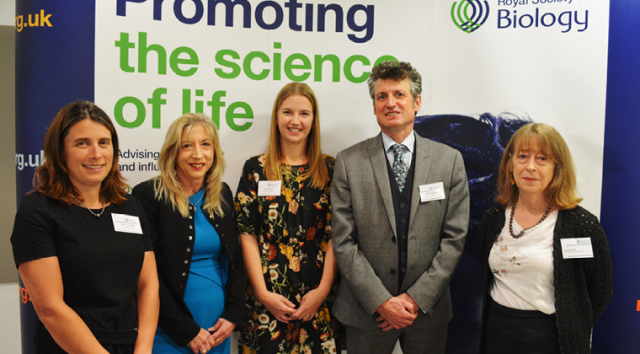 Wednesday 11th October was the annual Biology Week Parliamentary Reception. Hosted by Rt Hon Norman Lamb MP, Stephen Metcalfe MP, Carol Monaghan MP and Chi Onwurah MP, the event brought together over 130 RSB members and Fellows, MPs, Member Organisations and other members of the biosciences community to celebrate the study and impact of biology in the UK. 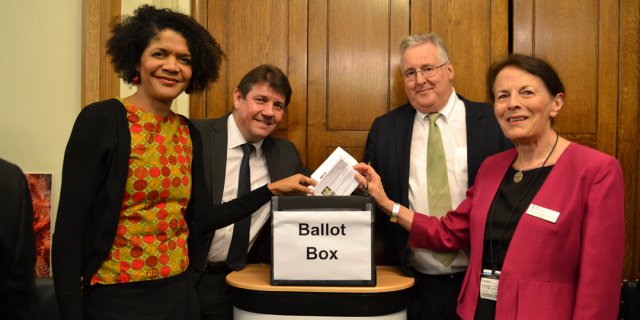 The winners of the Science Communication Awards and Photography Competition were announced on Thursday 12th October at the RSB Annual Awards Ceremony.

The evening highlighted the science communication achievements of biosciences researchers, and celebrated the wonders of the natural world and the interface between science and art. 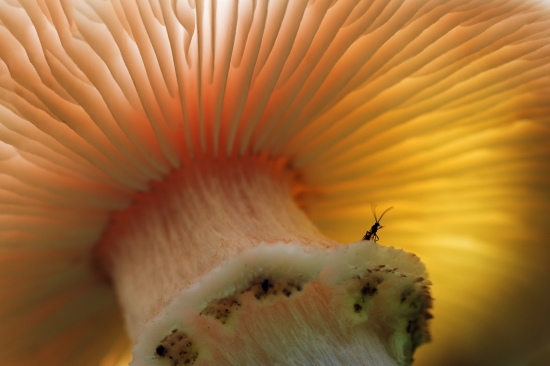 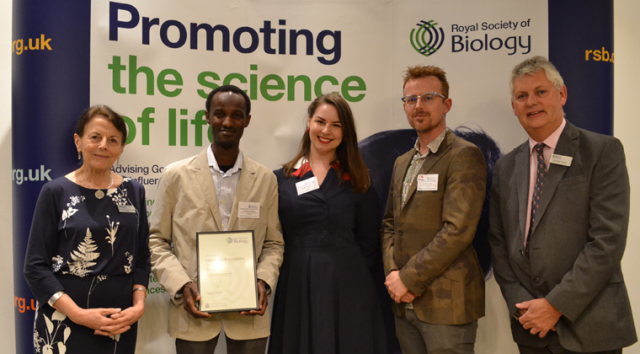 Friday 13th of October saw us launch our first ever social media campaign. We encouraged biologists to tweet a photo of themselves in action using the hashtag #iamabiologist, to showcase the exciting and diverse world of biology to the public.

The campaign was highly successful, with 2089 uses of the hashtag and 540 biologists taking part. You can check out some of our favourite submissions on our Twitter page. 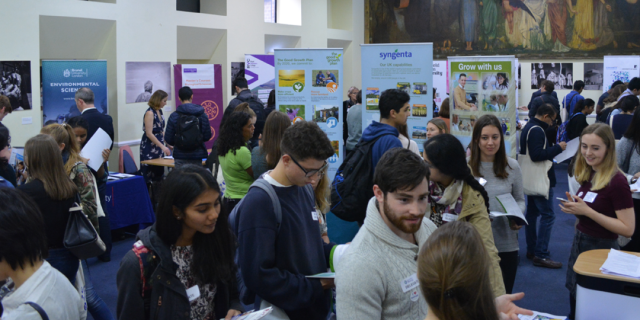 Attendees had the chance to network with professionals, develop their employability skills and learn more about the careers open to them following a bioscience degree.

Across the UK and worldwide, the public got into the spirit of Biology Week by organising exciting and engaging events celebrating the biosciences. 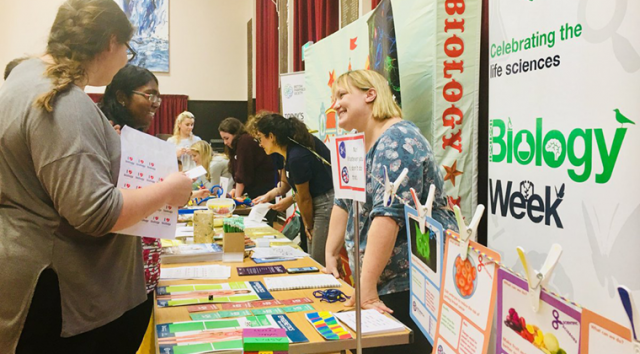 School students in Wolverhampton had the chance to learn about the importance of female role models in STEM subjects, whilst families explored “Disgusting Digestion” in Wrexham. Big Biology Day’s took place in Cambridge, Staffordshire and Moulton, offering the public a day of hands-on activities, including the chance to hold reptiles, learn about owls and even eat biology-themed cakes from the Great Biology Bake off.

Throughout Biology Week, the public were encouraged to vote for their favourite UK tree in the annual Biology Week poll. 15 trees were in the running and over 2500 votes were cast, but the Horse Chestnut tree came out top with 26% of the votes, crowning it the UK’s Favourite Tree. 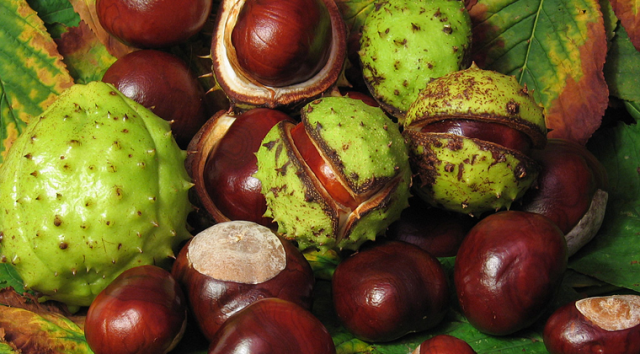 More than 70 entries were also submitted for the BioArtAttack competition, and the poll is now open for the public to vote for their favourite entry. 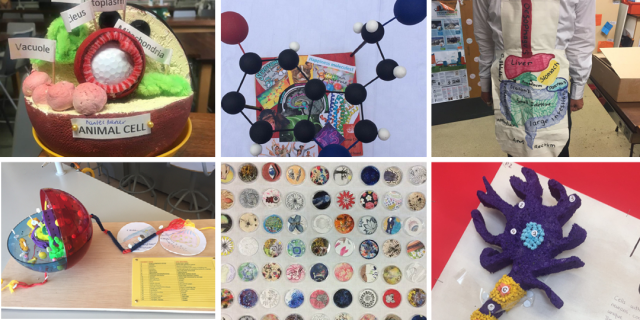 Some of the shortlisted entries for this year's BioArtAttack competition

Several schools also entered into the Biology Week spirit. The British School of Milan held fun biology-themed events and competitions throughout the week, whilst Blenheim High School, Epsom, took part in fancy dress and combined art and science by running their own internal BioArtAttack competition.

The RSB branches organised an array of exciting events for members, including a discussion on the control of mosquitoes using genetics in Wessex, and a lecture on rainforests in Armagh, Northern Ireland.

It was an exciting and stimulating week full of biology fun, and we hope you enjoyed it. A full list of Biology Week 2017 events can be found on our calendar.