The 2019 Annual General Meeting took place on 15th May at The Law Society in London and included updates from the RSB chief executive, approval of the 2017-2018 finances, appointments to the RSB Council and this year’s Charter Lecture.

The AGM was chaired by Professor Dame Julia Goodfellow FRSB, President of the RSB now entering her second year in the role.

Dr Mark Downs CSci FRSB presented an overview of RSB achievements over the past financial year and an update on current and future activities, including the launch of the next three-year plan, and the upcoming 10-year anniversary celebrations. 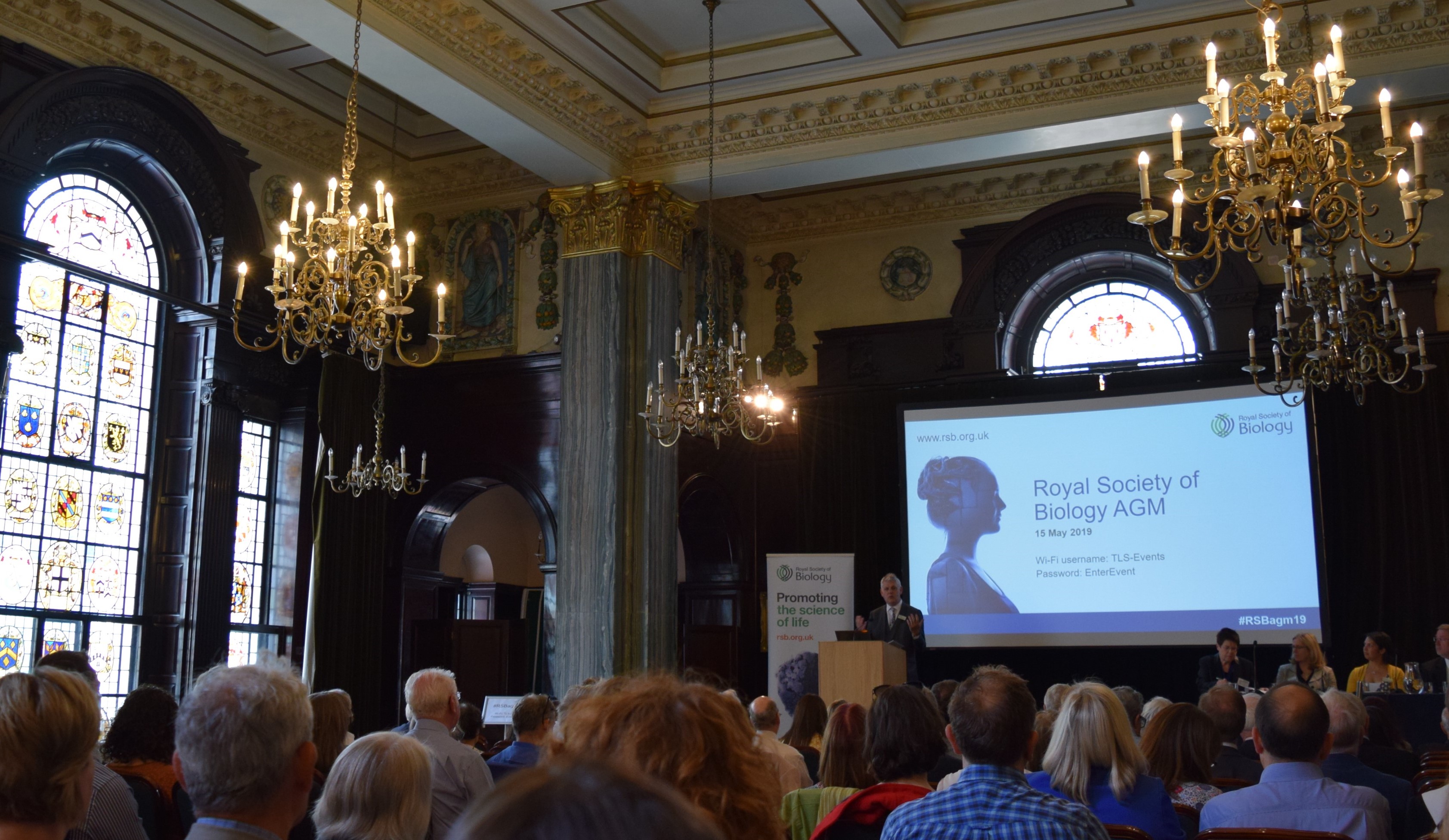 Dr Downs also stressed how much of the work by the RSB would not be possible without our membership and the dedicated volunteers on our committees, branches, and at activities and events.

Dr Paul Brooker FRSB, Honorary Treasurer of the RSB, presented an overview of the RSB’s finances, which are also available to read online.

Two new Council members were appointed at the AGM: Dr Jacqui Piner FRSB, a scientific director and GlaxoSmithKline Fellow and Terry Gould, a corporate and tax lawyer from Mills & Reeve.

Following this year’s Council elections, which saw a 15.1% turn out with 1,511 votes cast online, Dr Jacqui Piner FRSB, who is also secretary for the Beds Essex and Herts branch of the RSB, was elected as a representative of the College of Individual Members. Terry Gould was appointed by Council to bring legal expertise to the board. 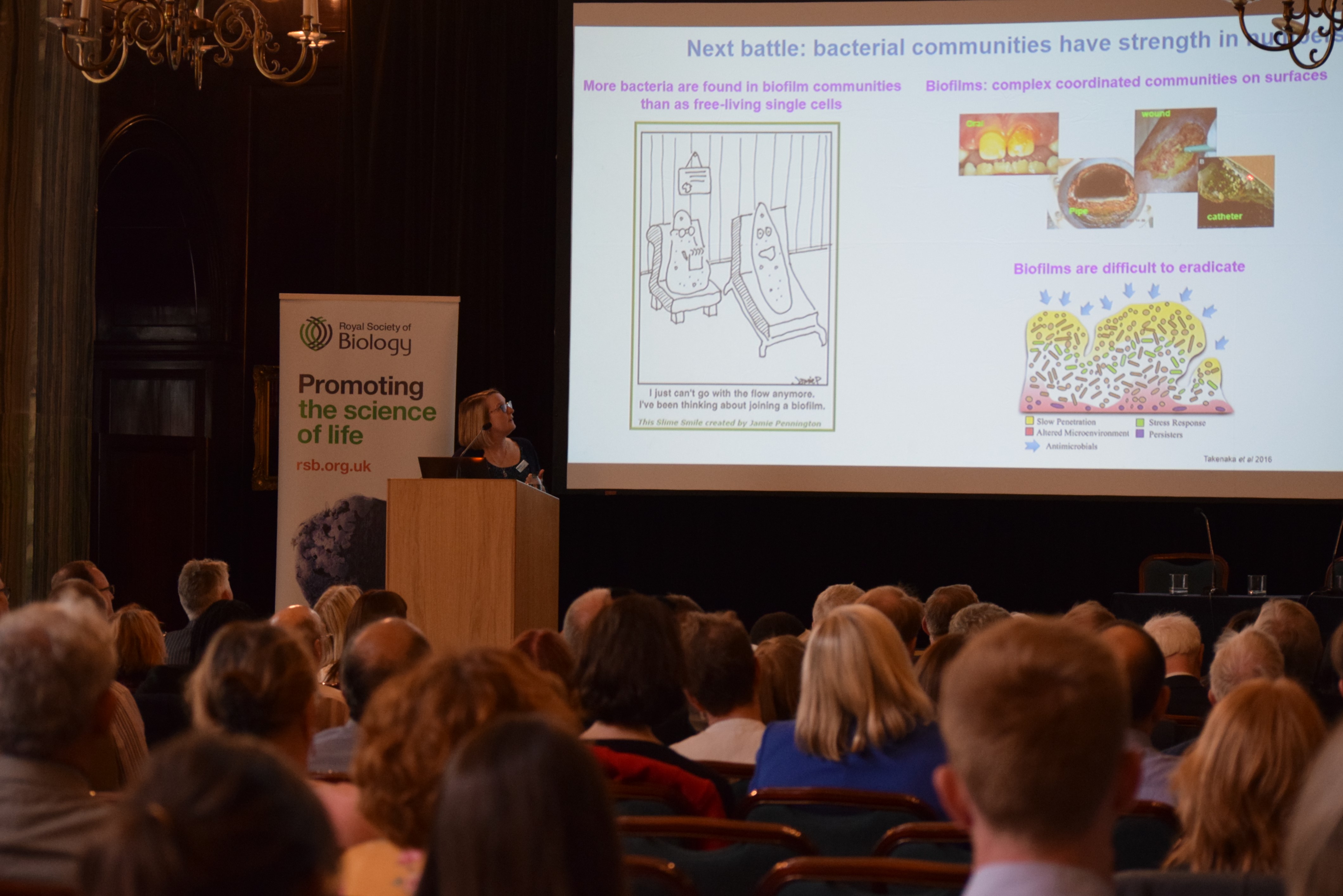 This year’s Charter Lecture was delivered by Dr Kim Hardie FRSB, an associate professor in molecular microbiology at the University of Nottingham, and a co-director of the Wellcome Trust DTP in antimicrobials and AMR. Dr Hardie is also an outgoing member of the RSB Council.

Her lecture, “Bacteria unite to resist antibiotics: ways we can fight back” covered the timeline of antibiotic discovery, how bacteria develop antimicrobial resistance, and what researchers can do next to help combat AMR.

AGM minutes from 2018 can be read online.